The toxin of institutionalism in the Body of Christ 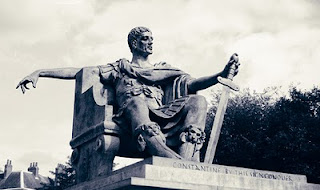 Another interesting quote from The Naked Anabaptist...
The Christendom era has left the body of Christ with toxins in its bloodstream - practices, instincts, commitments, structures, attitudes, biases, compromises, and reactions that damage our health and disfigure our witness. We need to purge these toxins from our system. (The Naked Anabaptist, pg. 82)

I really liked that metaphor. The toxin of institutionalism runs through the veins of the Body and will take more than superficial changes to clean out. There are many areas of the church that are deeply influenced by Christendom, including some areas of the church that actually purport to decry Christendom. The sickness of a thousand years of homogeneous Roman rule over Christendom is not so easily cured. We see symptoms of it still today in virtually every corner of the church. We see it in cultural Christianity, institutionalism, militarism and many other facets of life where the distinction between the Kingdom and the world has been blurred and worn down over the centuries.

The perspective presented in this book is interesting because the author is European and Europeans are way ahead of the U.S. in terms of secularization and the death throes of Christendom. We can look to Europe and see where we are headed. That scares a lot of people, the image of empty cathedrals, churches turned into mosques and a general disinterest in religion. I don't see it as frightening so much as more reflective of what the reality has always been. In fact I think that the centuries of Christendom have given Europeans such a distorted view of the church that the past, when Europe was "more Christian", is actually hampering the Gospel witness. Instead of bemoaning the loss of Christendom and seeking to return to the comfort of Christianity in the 16th-19th centuries, we should instead seek to purge the last vestiges of Christendom from the church so that she can be a faithful witness to the world.

While it certainly is going to be more difficult and less comfortable, I think ultimately the death of Christendom lived out in the cultural Christianity of America will be healthy for the witness of the church. We aren't doing anyone any favors by giving them a false sense of security based on religious observation.