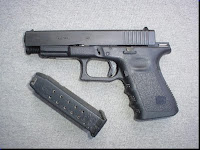 Whenever I write about non-resistance, I invariably get people who claim that the teachings of Christ in the Sermon on the Mount, the manner of His life and death and Paul’s writings in Romans 12 do not preclude using deadly force in self-defense. So I read with interest an article about the inflammatory (pun intended) Quran burning “pastor” from Florida, Terry Jones, and his latest publicity stunt, holding a protest in Dearborn, Michigan, home to the largest Muslim population in the U.S. As expected, his intended appearance is casuing the predictable response. Dearborn is trying to keep him from having his protest, the ACLU is weighing in on his side, etc. I am not as interested in the protest itself as I am in something I read in the article. First he said this…

"We are going there totally in peace. We have no intentions of doing anything provocative," he said in an interview. "We will be speaking our minds, expressing our First Amendment rights."

Then he said this…

Although Mr. Jones said the public had nothing to fear, he is concerned about his own safety. He said he has received 400 death threats, including some from Dearborn residents. He said he and an assistant accompanying him plan to be armed.

"I have a .40-caliber semiautomatic that I carry with me at all times," said Mr. Jones. "If someone would try to attack us, shoot us, we would have no problem defending ourselves."

So if someone tried to kill this fella, presumably a Muslim extremist angry about his Quran burning stunt, “Pastor” Jones would have no problem pulling out his .40 cal and double-tapping him into hell. I come in peace but I carry a piece! I guess when you name your organization “Dove World Outreach Center” when you say “Dove” you mean “Glock” and when you say “Outreach” you mean reaching out with a hollow point.

So for those who are advocates of Christians responding to threats to life and property with deadly force, is this the image we want to portray to those we are trying to reach with Christ? I am not advocating for Mr. Jones or his misguided, counter-productive and unscriptural methods. What I am saying is that being a witness for Christ is going to rub people the wrong way, sometimes violently, and always has. Do you see a difference between what Mr. Jones is saying and advocating the use of deadly force to defend your own life or property?
Posted by Arthur Sido at 12:30 PM

Email ThisBlogThis!Share to TwitterShare to FacebookShare to Pinterest
Labels: nonresistance, the sword

I'm a little mixed on this issue. In reading the Sermon On The Mount (I'm memorizing it right now, btw!), my interpretation of the popular "turn the other cheek" passage would be that if we're being persecuted for our faith in Christ, we must not "resist an evil person". I think it ties back to the verses about being the "salt of the earth" and "the light of the world." It's our identity as followers of Christ. I realize even as I'm writing this that Jesus offers us no qualifiers when he tells us not to resist an evil person. Maybe I'm way off. However, wasn't Peter armed when the guards came to arrest Jesus? He lopped off an ear if I remember correctly. For some reason I feel that random acts of violence against our persons or our families should be defended, but if we're persecuted for our faith, we should not be surprised, and we should not resist it. In fact, we should welcome it.

"Blessed are you when people insult you, persecute you, and falsely say all kinds of evil against you, because of me. Rejoice and be glad, because great is your reward in heaven. For in the same way they persecuted the prophets who were before you."

(btw, it's so cool to have Matthew chapter 5 available in my head...I can't even tell you how much it has blessed me. 6 and 7 are up next.)

I get what you are saying but I also don't see a qualifier. If we are living our lives as witnesses for Christ, we shouldn't be able to distinguish between times we are being persecuted for our faith. Bottom line for me: I am ready to meet Christ. Anyone I am likely to shoot in self-defense probably is not. I therefore have no fear of the one who can take my life because my life is not mine to claim anyway.

But if some deranged meth addict breaks into my house in the middle of night with a baseball bat and asks me for my youngest daughter, what do I do? Trot her out and say, take care sweetie? I can't see that happening. I'd die defending them, and I would hope God would honor that. I don't know...thought provoking topic.