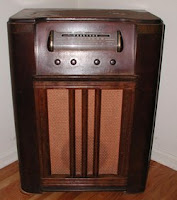 Some vital listening...
A couple of radio programs that are thought-provoking.
The first is from the White Horse Inn, as part of the Christ-less Christianity series in 2008, titled "What would Moses do?" The conversation centers around how Christians should read and use the Old Testament on this side of the cross. For a lot of churches, if the Old Testament is brought up at all, it becomes a series of biographies of godly men who become examples of how we should live. As Horton and company rightly show, the Old Testament is about the Christ to come, and every story, every character really needs to be viewed in the redemptive-historical mindset. David is not much of an example for us to live by viewed in a vacuum, but seen in the context of the coming of Christ it makes more sense. The endless sacrifices and laws in the tabernacle and temple all seem boring and futile, until viewed through the eyes of the Jew who sees the risen Christ and knows who He really is.
The other is from the Albert Mohler show, and he and guest Russel Moore discuss how incompatible evolution is with Christianity, "Two Irreconcilable Worldviews". It is not just about the creation account. It is about the nature of God. Is He a God who is sovereign, in control of all things and the idea that He did or had to use evolutionary means to achieve His will degrades His revealed nature. It is a good show, even though he spends a bunch of time glorying in the beagle that won Westminster! More on evolution is coming...
Posted by Arthur Sido at 7:30 PM

I too enjoyed WHI's episode What Would Moses Do? It was a great encouragement from what I normally hear. Those four guys are always such an encouragement.

I did not hear Mohler's. It sounds interesting.

Mohler is always thought provoking. I hope he is recovered from surgery sufficiently to make it to Together for the Gospel.