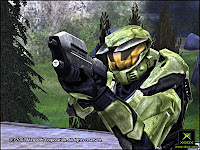 The fruits of a life without Christ

It seems that these sorts of stories pop up with disturbing regularity, and we gradually become desensitized to them. A young couple left their 5 month old child strapped in a car seat for eight days until the infant was found dead.

PEORIA, Ill. — A central Illinois couple faces first-degree murder charges in the death of their 5-month-old baby, who was found unresponsive in a car seat that had been placed in a crib.

Both Tracey Hermann, 21, and James Sargent, 23, appeared Wednesday in Peoria County Circuit Court in the death of Benjamin Sargent.

The charges state the parents' actions or lack thereof, were "brutal and heinous . . . indicative of wanton cruelty," factors that could mean they face up to 100 years in prison if convicted.

The 5-month-old was dropped off at his parents' house on Feb. 4, strapped into his car seat. Eight days later, he was found in the same position, said Peoria County State's Attorney Kevin Lyons during a bond hearing for the parents.

"He died from starvation due to neglect from these two defendants, his parents," Lyons said. "It's the worst case of child neglect we have seen since the turn of this century."

During the eight days the baby was strapped in the seat, both Hermann and Sargent were home, "playing video games, watching TV, feeding and caring for themselves," Lyons said.

With the lead-in to this story reading that the parents left their child to die because they were playing video games , it can become easy to point the finger of blame at video games, and I guarantee that it will become a sermon illustration in more than one church. Whether video games, or Pokemon cards or Dungeons & Dragons, it is easy to use the symptoms as a windmill to tilt at and avoid the real topic. Far better to complain about "them" instead of addressing what is wrong with "us". It is comfortable to say those people are sinners, Halo is of the devil, that X-box controller is a key to the gates of hell itself. It is a lot harder to say that you people sitting out in the pews, and me up in the pulpit, and the ladies in the choir, and Billy Graham are all sinners heading for the same hell as those parents who abandoned their child without Christ.

This sort of behavior, that displays an utter disregard for human life, is not reserved for video game players, people who dress in Goth clothes etc. How many upper-class couples choose to abort an unwanted pregnancy? How many highly educated people think that euthanasia is great because who wants those creepy old people hanging around and taking up vital resources? How about Marcus Fiesel, the young foster child left duct taped in a closet and then burned to cover the crime? The killers were foster parents in a nice neighborhood in Cincinnati. And they killed a child. They weren't dressed in all black and played Assassin's Creed for weeks on end.

I play my share of video games. The best use of my time? Certainly not. Does playing video games make you a sinner? Nope. Being a human makes you a sinner. All of us, all y'all. Some people are horrible human beings by human standards, like these pieces of human refuse who left an infant to die in a car seat. Some people are just swell folks, like puppies and apple pies. From the worst to the best, the only difference when that day of judgement comes is the imputed righteousness of Christ, or lack thereof. That is the missing piece of the puzzle for most Christians. We get that "those people" are sinners, we get that "us people" are saved by grace but what we don't get is that it is because of grace, and only because of grace, that "us people" are not "those people". There is nothing inherently good or righteous or wise about Christians. It is Christ who is inherently good, righteous and wise. We don't like to hear that we are miserable sinners who deserve hell, but if the Bible teaches us anything about man, that is it.

I wept while reading this...

Dear God, what have we become as a nation? Forgive us.