What Is the Future of Anabaptism?

It is little secret that I admire and cherish the historical witness of the Anabaptist's. I like to think that along with that admiration come eyes that are wide open. I try not to engage in hero worship when it comes to the Anabaptist's (or the Reformers or Puritans, etc.). I understand that in early Anabaptism there were tendencies to zealotry that descended into dangerous ground and areas of doctrine that were a bit off. It is understandable that there are some areas where maybe doctrine wasn’t fully fleshed out given the conditions of extreme persecution up to and including martyrdom. When members of the state church are chasing you all over the place, it makes it hard to sit down and write lengthy systematic theologies.

It is especially odd that I of all people find such kindred spirits in the early Anabaptist's. As someone who up until a few years ago listened religiously (pun intended!) to the White Horse Inn where Anabaptism was invoked as a bogeyman to explain every ill that has every happened in the church, it took quite a lot to get past the misinformation so I could examine their history honestly and openly. As I have studied the Anabaptist's and come to appreciate them more and more, I have also looked at their offspring and wondered what the future holds.

As everyone who has studied church history knows, Anabaptism was originally a European phenomenon. Hundreds of years later, the Anabaptism which started in Europe is now primarily a North American movement. Not to suggest that there is not an Anabaptist presence elsewhere, in Europe of course and South America and even New Zealand, but the bulk of modern-day Anabaptist's are North American. All of the Amish are here. Most of the Mennonites and German Baptist Brethren and Hutterites as well. America seems tailor made for a people who were born out of a rejection of the perverse church-state system and sought for a religion of simple Biblical fidelity.I can't say that living in America has been terribly healthy for the children of the step-children of the Reformation.

In North America today, there are two main streams of Anabaptism that are rapidly running in opposite directions, streams characterized by the relative level of conservatism each holds to. Each passing year, even in the short time that I have been studying, observing and participating in Anabaptism I have seen this gulf widen.

In conservative circles, the focus seems to be on preserving the past and protecting against changes. Many conservative Anabaptists have watched with horror as Anabaptist groups went liberal and embraced worldly values. I can understand the concern. There are so many examples of churches and denominations that start to compromise in this area or that doctrine and before you know it there ceases to be even a semblance of Biblical fidelity. On the other hand this concern over the proverbial camel's nose under the tent often leads to rigidity and stubborn, perhaps so far as blind, reliance on traditions. In turn this leads to suspicion of other Christians and an unhealthy separation from the broader church.

Even in conservative Anabaptism there is a constant roiling of the water every time someone seems to be getting too liberal. In 1910 the Conservative Mennonite Conference was established as a sort of bridge between the Old Order Amish and the slide toward liberalism among more mainstream Mennonite groups. In 1998 a number of Conservative Mennonite Conference churches split off because the Conservative Mennonites were not nearly conservative enough, splitting over the issue of a relaxed stance on women veiling, the issue of divorce and remarriage and “worship style”. These churches formed the Biblical Mennonite Alliance. This sort of thing is pretty common. Having seen too often churches and denominations start down a path toward loosening rules, many conservative Anabaptist seem hyper-sensitive to anything that looks like a capitulation to the culture, sometimes difficult to distinguish from deviating from fairly recent traditions. While this hyper-conservatism has a number of problems, it is also true that many people are actually more attracted to conservative faith and practice than they are more liberal, less dogmatic expressions of the church. When you add in the tendency for Christians in these groups to get married young, stay married and have large families, there certainly is a solid future for the most conservative expressions of Anabaptism but I unfortunately see that future full of even more division.

In more liberal circles Anabaptism has been merged into the social justice wing of the church, two movements linked by nonviolence/pacifism. This more liberal wing identifies heavily with John Howard Yoder and more contemporary theologians like Shane Claiborne, Jim Wallis and Tony Campolo. To my way of thinking, there is very little difference between liberal Anabaptism and most other liberal churches and denominations. While conservative Anabaptism is quite distinct, intentionally so, from the rest of the church, much of the liberal wing of Anabaptism is indistinguishable from the rest of the church other than in emphasis on social justice, non-violence and community. While a United Methodist church might celebrate national patriotic holidays, you typically won't see that in Anabaptist churches of any sort. Otherwise there doesn't seem to be much difference.I am not sure what the future holds for the more liberal Anabaptist's. Do they continue to have a unique voice and witness? Or do they simply get folded into liberal evangelicalism?

So what does the future hold for Anabaptism? I am afraid I don't see a scenario short of a major cultural collapse that would drive the conservative and liberal wings back together. The rift is too great, the gulf too wide. It is really a shame because I think that both camps could learn from one another. I clearly am more in sympathy with the conservative wing but even still I see some really great things happening among the more liberal brethren. Likewise I also think that the liberal camp is in dire need of being called back to some Biblical positions on area like human sexuality and gender. Conservative Anabaptist's could use some loosening up and liberal Anabaptist's could use some tightening up! There are bigger fish to fry than women cutting their hair or wearing wedding bands and likewise advocating for income redistribution and socialized medicine is not the greatest priority in the church. Bottom line, division and infighting have hampered the witness of Anabaptist's and Anabaptism in North America and I don't see much chance of that changing. 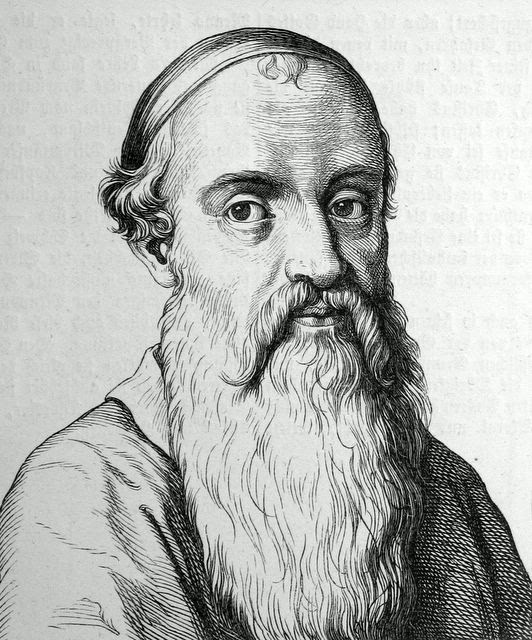 The challenge for all of us is to learn from the past while meeting the mission of God in the future and Anabaptism has a lot to teach us here. How the modern manifestations of Anabaptism fit into that is still yet to be seen. If conservatives insist on separating themselves from the rest of the church and if liberals continue to focus on political activism, then their witness and usefulness to the rest of the church and the world will be limited. My hope lies in those who see the value of Anabaptism for what it can tell the church without getting caught up in the division and squabbling that has marked Anabaptism in America for far too many years. In a post-Christendom world the voices of martyrs dead for centuries still teach those who are willing to listen. The simple Biblical faith and evangelistic zeal of the early Anabaptist's is a model that we should honor and seek to emulate while being constantly on guard against falling into the same infighting and division that has become one of the unfortunate hallmarks of American Anabaptism. I sincerely pray for the future influence of the Anabaptist's on the church in America. We certainly need it.
Posted by Arthur Sido at 5:00 PM

Email ThisBlogThis!Share to TwitterShare to FacebookShare to Pinterest
Labels: anabaptists

Excellent take on this subject (because it aligns with mine :) ). Very timely as well as I am potentially about to step out with another brother/family and plant what we see as that middle way in the Anabaptist community. Conservative but not rigid, concerned with the poor and the role of wealth, but not "communists". Justin

Thanks Justin, I would love to hear more about this. Are you blogging anywhere?

BTW, I loved this: Conservative but not rigid, concerned with the poor and the role of wealth, but not "communists" !