The Cage Stage: Not just for Calvinists Anymore!

There is a well known phenomenon that occurs when a generic evangelical discovers Reformed Theology/Calvinism. It even has a name: the cage stage. I will turn to R.C. Sproul, Jr. to explain in more detail. From the article Cage-Stage Calvinism: What Is It and What Causes It? :


“Cage-stage” describes an all too common phenomenon wherein a believer comes to embrace the doctrines of grace, and for a time becomes an obnoxious lout in defending the doctrines to all comers, whether they are interested or not. It suggests that such a newbie should spend some time in a cage until they calm down. If you are a Calvinist, you likely have been through this stage. If you are not, you surely have encountered those who were infected.

Yep. I remember that stage. Like Sproul, Jr. says, what causes it is a lack of belief in Calvinism. Read the whole article if you are interested. 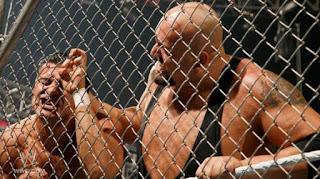 I can go back to my earlier posts when I was even less wise than I am now, which is hard to believe, and a newer Christian and you can see the cage stage pretty dramatically on display. I even used to spend a lot of time arguing with other Calvinists about what constituted legitimate Calvinism!  Get a couple of younger Christians who hold to the Five Points and they will find something to argue about. As I grew older, I grew (mostly) out of that stage. That doesn't mean I hold less firmly to the five points or Reformed theology proper, if anything I hold to it even more firmly. It just means that I don't wander the back alleys of the internet looking for a fight. Again, as stated above, the cage stage is not a flaw in Calvinism, just a somewhat understandable overreaction when someone is introduced to an alternative to the easy-believisim, semi-Pelagian hokum that passes for theology in most of evangelicalism.

As I travel this life I have noticed that while the cage-stage Calvinist is still a thing, although the fervor seems to have cooled a bit as I have mentioned previously, it is not unique to Calvinism. While most people who embrace Calvinism sincerely find the tenets in Scripture, it also seems to attract people who are exceptionally bookish and prone to arguing over minutiae. I have also noticed a disturbing trend in my own past writing and in the writing of a lot of others who are part of the "house church" or "organic church" or "simple church" movement. Perhaps being in a sub-movement in and of itself is a problem but there are a lot of advocates for a simpler, participatory church that are fixated on that over anything else. Again my past writing demonstrates some of this and a lot of people out there still do. That doesn't mean that striving for a simpler, more participatory model of ecclesiology is wrong, no more so than being a Calvinist is. It does mean that while this group is full of lots of great people that I call friends, it is also home to some serious egos, a disturbing amount of bad theology and some flat out false teachers who seem to get a pass on damnable heresy because they say the right things about ecclesiology.

I guess my point here is that it might be a good idea for more mature and wiser heads to help talk down some newly awakened folks who feel betrayed by the institutional system (probably with cause). Perhaps a little time in the cage to work out what this all means and ask some critical questions like "What do I do if I can't find exactly what I am looking for?" and "What are the boundaries of acceptable theology?". Like newly minted Calvinists, new house church types need some time for reflection before canonizing the works of Frank Viola and singing the praises of other house church advocates, many of whom are involved in a disturbing number of ego and power driven squabbles. Take what you have learned brothers and sisters and let it percolate for a while before you decide to conquer the world under the banner of 1 Corinthians 14:26 and assume everyone you meet is dying to hear why the way they do church is wrong.
Posted by Arthur Sido at 8:34 PM