In Honor Of The Release Of Straight Outta Compton 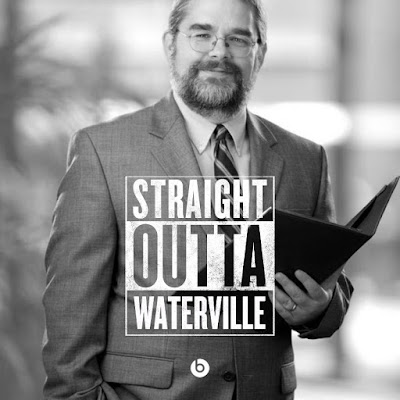 Waterville, Ohio is my hometown and is about as far from Compton as you can get. Believe me, I have been through Compton a couple of times while in L.A. while on business and it looks just like the scenes from movies from that era, Boyz In The Hood to Colors.  Waterville when I was growing up was a sleepy and quaint suburb of Toledo surrounded by corn fields on three sides and the Maumee River on the other. According to Wikipedia my hometown has a population that is over 96% white. Like a lot of kids in quiet and safe suburbs my friends and schoolmates were attracted to anything that was not like our hometown so most guys I knew in the 80's had N.W.A.'s cassette tapes along with a litany of others rappers. By the time I graduated in 1990, rap had supplanted classic rock as the music of choice, which is kind of hilarious because we never had so much as a real fight other than a few random incidents. Certainly nobody was getting shot in a drive-by and we were all polite to and respectful of the police. I just a chuckle out of the irony of a tough guy rap group making a ton of money by selling angry, misogynistic urban music to suburban white kids.

(By the way, my beard is at least 3 times as long and lot grayer these days, this picture is several years old. I also never wear a suit and tie anymore except for job interviews)
Posted by Arthur Sido at 6:44 PM