I'll see your poppycock and raise you a hogwash

Eric Carpenter posted about poppycock the other day. Well in the spirit of one-upmanship let me drop some hogwash on your unsuspecting eyes and ears. Someone I know posted this video on Facebook, and he was not trying to be snarky, I think he was serious, and I felt the need to inflict it on you as well. Behold Todd Friel of Wretched suggesting that failing to speak with sufficient deference to your pope pastor is a sign you don't take the faith seriously and might just be one of them lib'ral seeker-sensitive types.

Go ahead and watch it. I dare ya!


Notice the appeal to the Old Testament to bemoan the lack of fancy robes and the invocation of the "seeker sensitive" bogeyman. Notice also what he says about clerical attire at 4:30 and why it is like the captain of an airplane wearing his funny hat, namely that it tells you "who is in charge". Now I find the practice of pilots wearing a pseudo-military (and generally tacky) uniform to be a silly practice but since I don't know how to fly a plane I guess it is nice to have someone wearing a ridiculous get-up so I know who is able to fly it. That isn't the church. We don't need titles or suits to know who is in charge because I am pretty sure that Jesus Christ is in charge and He doesn't need a co-pilot.

The church is (not supposed to be) a hierarchical organization where we walk on eggshells around some people and avert our gaze from our betters. We are a family, we are brethren. The idea of holy men speaking to their underlings in a holy place at a holy time is not found in the New Testament and we are supposed to be a New Testament primacy, New Covenant people of God. We are not ancient Israel. Needing to be addressed as something more than "brother" indicates to me that you have no idea what the church is. Furthermore, if you are so insecure in your place in Christ that you must demand that others address you formally with a fancy address, you are quite likely unfit to fill the role of a servant leader in the church. I mean seriously, what is next? Kissing his ring? Being prostrate before him until permitted to speak? Backing away from his presence so as not to show him our backside? That is the attitude of ancient emperors, fascist dictators and popes throughout history. It has no place in the church.

Let me share a personal example that I might have shared before. My father is a doctor. He put himself through medical school, built a medical practice and was by all measures a pillar of the community where I grew up. Often people who met him for the first time and didn't know he was a doctor would call him Mr. Sido rather than Dr. Sido. Never, not one time, did I ever hear him correct someone who failed to call him Dr. Sido (and I know of doctors who do correct people in that respect and they are just as ridiculous as this video). He knew he was a doctor and his self-worth and his professional ability were not contingent on people calling him Dr. Sido.

Your "pastoral authority" such as it is, is not derived from how deferential the sheep are in addressing you. As Christians we are not expected, nor should we be expected, to doff our caps, grovel at the feet and kiss the rings of our elders. They are not kings or princes or even popes, they are brothers that we as the church have recognized for their manner of life and maturity in Christ. Likewise your commitment to Christ and the faith is not reflected in whether you wear a suit and tie to church or jeans and a t-shirt. I have a lot more respect for a brother in plain clothes with calloused hands from serving others than some fancy pants popinjay with soft hands that labor only in turning the pages of a book while cloistered away from the smelly sheep he has to "minister" to (for a fee of course).

If this is how you envision the church, let me point you in the direction of Vatican City because there is no place for this sort of blasphemous nonsense among the people of God. 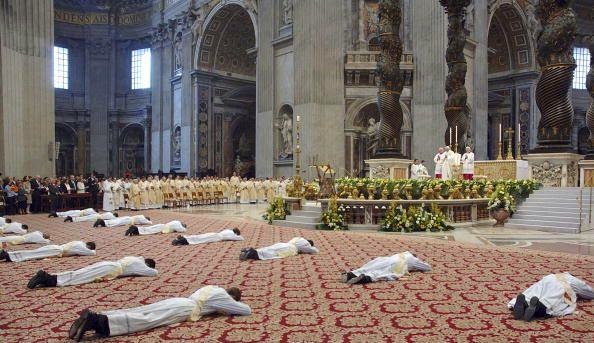 Now that's a hole in one!

A friend of mine was admonished by his pastor for calling him John instead of Pastor John, instructing him that it's biblical. My friend replied "I will address you as Pastor John if you address me by my biblical title, Saint!

Someone admonishing a brother for failing to call him by his title is a sure sign that you need to look for leadership somewhere else!