If You Like Your Money, You Can Keep Your Money And Other Lies

I mentioned in a previous post about the Wells Fargo debacle my past experience as a bank manager and I ran across an interesting article today that I think would be enlightening for a lot of people who are not experienced in how our financial systems work.

A lot of people think banks work in the same way they (also erroneously) think Social Security works. Here is the thought process. Arthur goes to the bank and makes a deposit of $200 in cash (for the record, Arthur never has $200 in cash at one time). The very nice teller takes the cash, gives Arthur a receipt and then puts Arthur's $200 in a box in the vault marked "Arthur's Money". When Arthur comes back to withdraw $100 of it, they go get his cash out of his box and give it to him with a smile and perhaps a lollipop if he behaved in line (Arthur has yet to receive a lollipop). That isn't how it works. 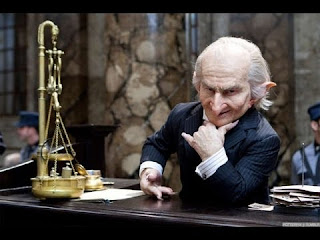 You would think that a bank would want to have lots and lots of cash on hand. Who doesn't love a lotta cash? That is actually not the case. A local branch of a bank, big or small, does have a lot of cash in the building between teller drawers, the ATM and the vault compared to what you have in your wallet. They do not have a lot of cash on hand relative to the amount of deposits they have on the books. When I was a bank manager it was a regular chore to ship out money so that we had enough for the tellers, the ATM (which usually stocks only $20 bills) and the vault so we could cash checks and process withdrawals as needed but not too much. It was an expense for the branch to have too much cash in the building and if it happened we would get a nasty phone call or email from the goblins at Gringotts Wizarding Bank the bean counters in corporate. In fact if someone wanted a large withdrawal of cash we would usually ask for a few days to get it in so we didn't get too low on cash and even then we were kind of leery in case we got in an extra hundred grand and they changed their mind. The Federal reserve sets guidelines for how much cash banks have to have relative to deposits, called Reserve Requirements.

Reserve requirements are the amount of funds that a depository institution must hold in reserve against specified deposit liabilities. Within limits specified by law, the Board of Governors has sole authority over changes in reserve requirements. Depository institutions must hold reserves in the form of vault cash or deposits with Federal Reserve Banks.

Notice the emphasized words above. They see your money not as cash on deposit at the bank but as a deposit liability, in other words money shown as owed to customers on a balance sheet but not actually present in the bank. More on that in a moment. If you look at the chart from the Federal Reserve, the most a bank has to have on hand in cash reserves is 10%. So let me break that down for you. If all of the depositors at a bank would show up and ask for all of their money in cash, 90% of that money is not there. You can't have it, at least not without a substantial delay. So in comes this article from Mark Nestmann, Carrying Cash? Be Ready To Lose It. Nestmann writes a lot about the way the government is able to simply steal your money if you have it laying around or on your person via civil asset forfeiture and that is absolutely a must-read on a ridiculous process but his opening paragraph has an important nugget (emphasis mine):

From a legal standpoint, the money you deposit in a bank no longer belongs to you. Instead, the bank owns it. You are merely just another one of their unsecured creditors. What’s more, in the event of future bank failures, the US government has now signed an international agreement confirming that it will not pay off depositors. Instead, it will force them to submit to a “bail-in” regime, like bank depositors in Cyprus experienced in 2013.

Catch that? When you take your cash to your bank, ostensibly because it is "safer", you give up your right of ownership to that cash. Your deposited cash becomes part of a line item on the financial statement, a liability. They have borrowed your money but you have no security to guarantee their loan. Sure they say they will give it back on demand ("checking accounts" are actually known as demand deposit accounts or DDAs) and that is generally true but like our entire monetary system it is all based on trust and promises. You take deposits of your pay to the bank because businesses will accept payments in the form of drafts against the money the bank borrowed (writing a check) or via a promise to pay using a credit or debit card. You use cash to buy and sell and accept it as inherently valuable because everyone else also agrees that it has value even though a piece of paper backed by the increasingly risible "full faith and credit" of the U.S. government has no value in and of itself.

You might be thinking, so what? The system works, it has generally always worked for almost everyone. The point is just that we all need to be aware and to educate ourselves. There is far too much of our life that just happens and more often happens to us, When it comes to something as important as the money we earn for our labor, shouldn't we know the real way that things work in the background, the way things work that we absolutely depend on for paying for food, shelter, clothing, etc.? I think so. Take the time to learn something about the way things work, especially things we take for granted because those are the things that are most likely to bite us in our collective butts if things go sideways.
Posted by Arthur Sido at 9:00 AM