Do We Value What The Bible Cost? 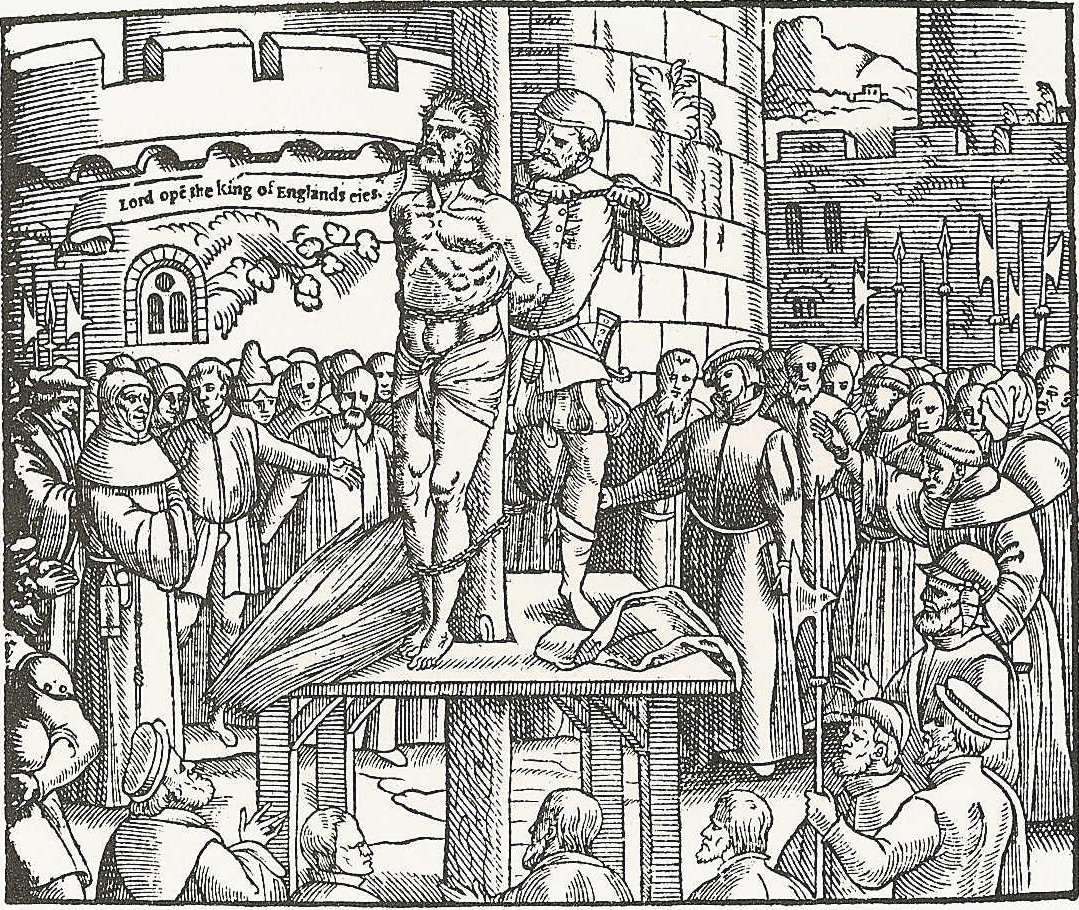 479 years ago today is the traditional date assigned to the murder and martydom of William Tyndale. Tyndale is best known for producing the first comprehensive translation of the Scriptures into English using the printing press. As was typical of those days his murder was accomplished by a charming method, in his case being strangled to death and then having his corpse burned. He knew that the penalty for what he did would almost certainly be a gruesome death and yet he went ahead. In many ways I owe Tyndale for his courage to bring the Scriptures to a mass audience in English even at the cost of his own life.

Today I own literally dozens of Bibles in English, in traditional hard copy, on my computer, on my Kindle tablets, etc. It is so common place that I often treat it casually, failing to spend as much time searching the riches of God's revelation as I ought. I find myself rather ashamed of the cavalier way I all too often treat the Bible. Worse, there are many in religious circles around this land who go to great lengths to brag about how little value they find in the Bible, preferring instead their own experiences and preferences in an empty mockery of Christianity. Pretending to be wise they are actually mere fools.

How have we come to a place where what so many men in ages past were willing to lay down their lives to transmit and believers around the world risk freedom and life itself to possess is now something to be tossed in a corner and largely ignored? That question is perhaps the most pressing one today, greater than "gay marriage" or any of the other hot button issues, because every one of these questions that bedevil and split the church have at their core a low view of Scriptures. The Scriptures need no one to defend them but the church needs prophetic voices who will call the people back to the revealed Word of God as our authoritative source of knowledge about Jesus Christ.

A Christian man with an open Bible is something to make the religious authorities quake in their boots. A Christian man with nothing but his own experience and opinion is unarmed and prone to be tossed to and fro by the whims of the same. Men and women alike have risked life and liberty so that we can have our Bible. We owe it to them to treat the Bible with the same respect and even awe that they did.
Posted by Arthur Sido at 3:53 PM