Repost: The error and grievous sin of fencing the table

I was thinking again today about the issue of "fencing the table" to prevent recognized believers from joining the fellowship of the Lord's Supper. It is a common practice in much of the church. It is also a gross sin, a misrepresentation of the Lord's Supper and an inexcusable usurpation of the authority of the Lord of the Supper and the Host of the Table. I posted about this last August and decided to repost it: The error and grievous sin of fencing the table. As Alan Knox commented on the original post: It's either the Lord's Table in which case he serves as host and invites all he accepts, or it's our table in which case we get to serve as host and invite whoever we choose. That is as true a statement as you are going to find and it is eminently Biblical. Jesus has not given the authority to fence His Table to any person, not now and not in the first century.  The only invitation any believer needs to come to the Supper is being born-again and the only reason for the community of believers to deny someone the Table is open sin. Last time I checked not being a " member" of a local church was not a sin, especially since there is no command or example of formal church membership anywhere in Scripture.

There was a day when I would have had no problem denying what I understood as the Lord’s Supper (i.e. a bit of bread and a sip of grape juice) to someone who was “baptized” as an infant. They were not properly baptized, they were in rebellion against Scripture and until they repented and were properly baptized they had no place at the Lord's Supper. I had a great deal of sympathy for those who “fenced the table” and loved, like all of my other Reformed brothers, the story of John Calvin bodily throwing himself over the elements on the Table to keep the Libertines away. My stance here has changed profoundly.

I admire Russell Moore in many ways. I appreciate his stance for a Biblical understanding of gender and look forward to his leadership as the new President of the Council for Biblical Manhood and Womanhood. Few Christian leaders have done more for the cause of parentless children through adoption than Dr. Moore. Even on issues where I disagree with him I find him to be thoughtful and not impressed with himself. That is why I found his essay on closed communion, Table Manners, so distressing. No one is a stronger advocate of a true credobaptist position than I am but I also see that the Christian who was “baptized” as an infant is still my brother and I have no right to deny him the fellowship of the broken bread and the fruit of the vine.

Dr. Moore’s first reason for a closed communion position is both unpersuasive and insulting.

First of all, open communion usually rests on the all-too-typical Evangelical presumption that the Lord’s Supper really isn’t that important. Communion is, as Flannery O’Connor’s infamous socialite conversation-partner once put it, “a wonderful symbol” but that’s about it. The issue isn’t the event itself, but the insult of the exclusion, in the same way that 1950s and 1960s civil disobedience wasn’t about how great the food was at the Woolworth’s lunch-counter.

Too often in our contemporary Evangelical church culture, the act of barring a member from the table seems quaint or even meaningless. After all, who really cares if he is deprived of a wafer and a splash of grape juice?

That is dead wrong. Not that the Lord’s Supper is meaningless in the greater part of the Evangelical church because it is. Likewise it is somewhat true, who cares if they are barred from a wafer and grape juice? That isn't what the Supper looked like in the first century and it is not what it should look like now. That isn’t the point. It is dead wrong because for many of us who see the Lord’s Supper as incredibly precious it is far too important for us to bring division to the Table. I would say that infrequent, ritualistic observances of the Supper in place of a meal are more indicative of a low view of the Supper than an open communion stance. Then Dr. Moore makes another erroneous statement.

This is why many low-church Protestants have shared historically with their high-church brothers and sisters the conviction that the Supper must be tied to discipline (1 Cor. 5:11). The table is not just an individual reminder of the gospel; it is the very locus of church fellowship, the place where we experience Christ present in proclamation and in one another. It is here that we experience a foretaste of the wedding supper to come, and where we announce those we hold accountable to struggle with us until then. The church is “recognizing the body” of Christ (1 Cor. 11:29) by defining the boundaries of communion at the table in terms of those who are in union with Christ and who are able, should they deny him, to be disciplined.

Here Dr. Moore is comparing not being an official member of a particular local church or having been baptized as an infant with having illicit sexual relations with your step-mother (1 Cor 5: 11 and corresponding context). The assumption here is that unless the authorities in the church are able to monitor you (something that seems pretty hard in a church the size of the one Dr. Moore serves in), you are presumed to be guilty of sin and barred from eating with the church until proven otherwise. I think he completely misrepresents what Paul is saying in 1 Cor 11:29. The entire context Paul is speaking of there is self-examination, not a clergyman determining which Christians are or are not worthy of eating at the Table. Then the capstone: denying the Table is not divisive, it just means we “take the church seriously” (and by implication those who don’t practice closed communion do not take the church seriously).

This doesn’t mean we don’t receive each other in Christ. It doesn’t mean we make ultimate our differences. It means we take the church seriously. And it means we long for the day when we know, face-to-face, what Jesus means when he says the word “baptize.” We hope patiently for the glad eternal morning when we’re seated at one table with one Lord and one communion, and where there isn’t a fence in sight.

Actually that is exactly what closed communion means. We don’t receive one another in Christ if we refuse to share the Table with one another. You are welcome to sit in a pew and listen to me talk and you are welcome to drop money in the offering plate but when it comes to nibbling some bread, you are prohibited? 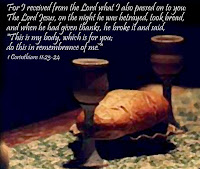 The early church devoted themselves to the breaking of bread (Acts 2:42). Not just the mere ritual we have turned the Supper into but a full fledged meal among the Body of Christ. When Paul gathered with the church in Acts 20: 7-12, they weren’t gathered to listen to a sermon, they gathered to break bread. The sharing of the Lord’s Supper among the church is one of the most precious expressions of our shared salvation. To turn it into something else, to deny the fellowship with other believers because of a disagreement over baptism that has divided the church for hundreds of years, is a perversion of the intent and purpose of the Supper. How incredibly disappointing to read this from Dr. Moore.

I have friends and brothers in Christ who I disagree with over issues like: church membership, baptism, paid clergy, soteriology, ecclesiology, gender roles and on and on. Not one of those brothers in Christ will ever be denied the fellowship of the Table by me. I have no right, none whatsoever, to declare a fellow Christian ineligible to share the Supper with me. God Himself has decreed who belongs to His Son. Who am I to relegate some of those redeemed sheep to second class citizenship over secondary issues?
Posted by Arthur Sido at 2:18 PM