What Would We Do Without Government

This is the exit map in case of emergency in our doctor's office, a map that is situated conveniently in the restroom. 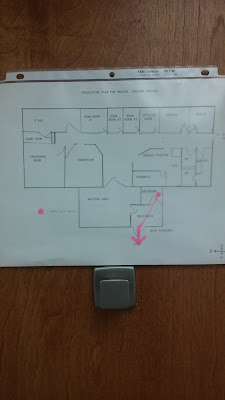 This is the actual view from the restroom when you open the door with the exit map on it. 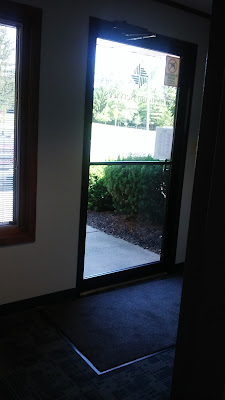 Were it not for that map, I am not sure I could find the exit in the case of an actual emergency that happened while I was in the bathroom. I would likely walk right past the exit and into the fire, burning to death while trying to find the door.

I don't say that to make light of actual safety precautions. Well, maybe a little. I understand why businesses were originally required to put those maps up but they have become so ubiquitous that they fade into the scenery. Do you review the exit map when you get to your hotel room or when visiting a new facility? For that matter have you ever read the giant laminated posters in your break room that talks about the minimum wage and a bunch of other workplace regulations? I doubt many people have but every business is supposed to have that poster in their workplace because reasons. No doubt people really wanted to check the current minimum wage on a daily basis in the break room when I worked for Fidelity Investments and literally no one in the building including the janitors made anywhere close to minimum wage. When my wife set up her small business and registered it with the state it wasn't long afterward that we got quasi-threatening offers to sell us, for a ridiculous price, those posters for our workplace. Since my wife is her only employee we declined to buy one. In general, for every common sense and useful regulation, there seem to be 1000 dumb ones.

As an example, I worked for many years in the qualified retirement plan business, which is a wordy way of saying 401(k) plans. When you get over the initial fun of the often huge numbers you are dealing with, with plan sponsors I worked with having plans with tens or hundreds of millions or sometimes even billions of dollars in assets, it is in general a dreary industry. Working day to day with plan sponsors, the organizations that sponsored the 401(k) or 403(b) plans and offered them as a benefit to their employees, was made up of a whole bunch of coffee breaks interspersed with two things, a) phone calls and/or emails complaining about something and b) tedious, meaningless paperwork, but on the bright side it paid really well and we had great benefits. Every year every plan is required to do a couple of things, non-discrimination testing which is a giant headache to tell you that people who make more tend to put more in their 401(k) than people who make less and then the annual form 5500 filing. The form 5500 is filled in by the places I used to work and takes a ton of time and effort and it is completely meaningless. Nobody really looks at them. No one really cares what they say except some bitter functionary at the Department of Labor or the IRS. What they really care about is not so much what it says, just that you did it. Plus every plan has to have a plan document which governs the plan and is usually a thick stack of paper full of eye-bleeding-inducing gobbledygook that in turn generates a "Summary Plan Description" that again no one reads. People who are saving for their retirement don't care about the SPD or the Summary Annual Report or the mutual fund prospectus. They mostly just want help picking out their investments.

The thing is all of those rules are supposed to protect employees but what they mostly have done is spawn an entire industry of thousands of people who sit in cubicles and push paper across their desks that no one cares about. People like me who worked with plan sponsors, benefit staff at companies, lots and lots of accountants and lawyers and various experts and of course whole cabinet level departments full of people performing menial tasks that don't accomplish anything. In the grand scheme of things if everyone at places like Fidelity and Vanguard just didn't do their jobs for a year and no one filed a 5500 or printed up a Summary Annual Report, almost no one would care. Which begs the question, why do it then? And the follow-up question, why have all of these rules in the first place? The simple answer is that we have all of these rules because it creates "work" that someone has to do even though it doesn't really accomplish anything.

Sometimes when I think about what is really going on around us it is a miracle that the whole thing hasn't totally imploded yet.