When we approach the Scripture with a man-centered hermeneutic, we invariably get lost in our own cultural connotations for words. It is to be expected, after all we are taking words in a completely different language and translating it as faithfully as we can into contemporary language. This is further complicated when some insist on using antiquated language, like the King James, which no one uses today and compounds the problem by using what is functionally a foreign dialect. It can often seem like we are being told to do the opposite simultaneously. Here are some examples. 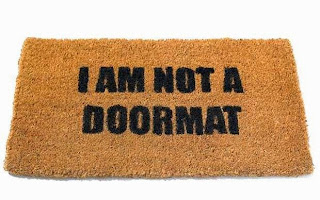 In our language being meek is the same as being weak. It is never really a compliment to call someone meek or weak, especially for a man. It gives the impression of being a doormat, someone that people trample over and that lacks the spine to stand up for themselves. Yet Jesus, referencing Psalm 37:11, tells us "Blessed are the meek, for they shall inherit the earth." (Matt 5:5).

On the other hand the Bible calls us to be bold, unafraid, courageous in the Gospel. Being bold in our culture is brash, loud, self-assured and perhaps the taste of cheap American beer. When we read these words it is awfully confusing. How can I be bold and meek at the same time?

So which is it? Should we be meek or should we be zealous? Of course the answer is not either-or but both-and. We are zealous for the faith precisely because we are meek and lowly. We show great strength by embracing our human weakness and relying on God completely. We men are at our most masculine when we love most sacrificially. We don't need the faux tough guy yammering from the proponents of Christian mixed martial arts or the "God, guns and guts" crowd. To respond to the uncomfortable feeling that words like "meek" and "humble" create in us by chest thumping is to completely misread what Scripture is saying. Of course reading words like "meek" and turning the Kingdom into a bunch of milquetoast girlie-men who simpering and whine is even worse.

What is needed is a supernatural view of words like these, a view that transcends the often black and white, "this or that" that limits our use of language. After all we follow a King who was born a helpless babe in the most humble setting possible, the singularly omnipotent Being who allowed and even ordained that men of flesh would torture and crucify Him. He is the Lion of Judah who is also the Lamb that was slain. We cannot define the church by the constrictions of language of the world because our Lord who gave us those words is above all creation. He is not bound by space or time, how can He be bound by language conventions? That is why, I believe, the Scriptures record both His actions and His words, as well as those of His disciples, so that we who read them 2000 years later can see what He meant in both.

Brothers, don't try to make the meaning of the words of Scripture fit into our contemporary language, rather let our understanding of Scripture be grounded in the words and deeds of the One who saw fit to preserve them for us,
Posted by Arthur Sido at 12:42 PM

Spot on again. The word "meek" is talking about the operation of strength which is controlled by a source other than us, the indwelling Holy Spirit.

It is often likened to that of draught animals who exhibit enormous strength and power but under the control of another.