Tick, Tock, Tick, Tock: On Being "Late To Church" 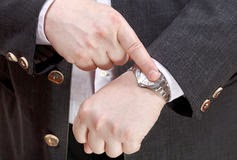 This morning I was out driving some Amish friends to their church gathering that was fairly far from home. While the Amish technically gather in homes, the amount of preparation, expense and fretting that go into getting ready for church is incredible and makes it seem like an onerous obligation more than a joyful gathering. More on that maybe on a different day.

Anyway, as we drove there and I drove back I passed a ton of cars rushing around full of families in their Sunday best, hurrying to get to church on time so they wouldn't be late. It is hard to blame them. As a large family that often was running behind I know all too well the awkward feeling of walking into the sanctuary once the service has started. People maybe don't mean to (and maybe they do) but if you walk in late people are going to turn and look at you, you are going to feel awkward trying to find a pew with space and it is all around uncomfortable. Is that how our gatherings should be?

I was thinking about family get togethers. Now my family doesn't do much of this, in fact I can't remember the last time extended family got together, but my wife's family does this all the time, aunts and uncles and cousins and lots of people that I have no idea who they might be, all gathering together. Lots of eating and talking and laughing. Usually the invite has a start time and is open-ended as to the end time (2 until ???). If the get-together starts at 2, you aren't really expected to show up at 2. Maybe you do or maybe you come a little early. Maybe you come at 2:30 or 3:00 or 5:00. People aren't going to be interrupted and stare if you show up at 3 instead of 2, they will welcome you and tell you to grab a plate. What is important is not that you arrive at a specific time but that you came. A family gathering is not about schedules, it is about being with the people you love (and sometimes are irritated with!).

Now think about going to a movie or even a theater production. If you have ever been to a movie theater you know that people coming in late are a distraction from the show. They stand on the stairs whispering and pointing, trying to find somewhere to sit. When they open the door light comes in to the theater. It is irritating because everyone else paid good money for admission and got to their seats on time. No one talks or at least they are not supposed to because everyone is focused on what is on the screen. Heck for theater productions they often won't even let people in after the show starts to prevent latecomers from disturbing the show. I would rather get to the theater early and have to wait than show up a minute late. While not true for movies, it certainly is the case for certain theater performances and concerts that a certain dress is required. One ought not show up for a symphony wearing sweatpants and a Batman t-shirt.

So think about church as we culturally practice it. People dress up and plan their morning around when they need to leave. They rush to arrive and get themselves in place, kids often sent off to "children's church" so they don't distract anyone, kids in many church being the religious equivalent of cell phone that need to be turned off so they don't make any noise. Everyone sits mostly still and silent and focuses on the stage. The paid or at least carefully selected performers, picked because they speak well or can sing better than others, lead the performance worship. We show up on time and then rush for the exits to get a jump on the crowds leaving.

Does that sound like a family gathering or a theatrical performance?
Posted by Arthur Sido at 9:55 AM

Email ThisBlogThis!Share to TwitterShare to FacebookShare to Pinterest
Labels: the church