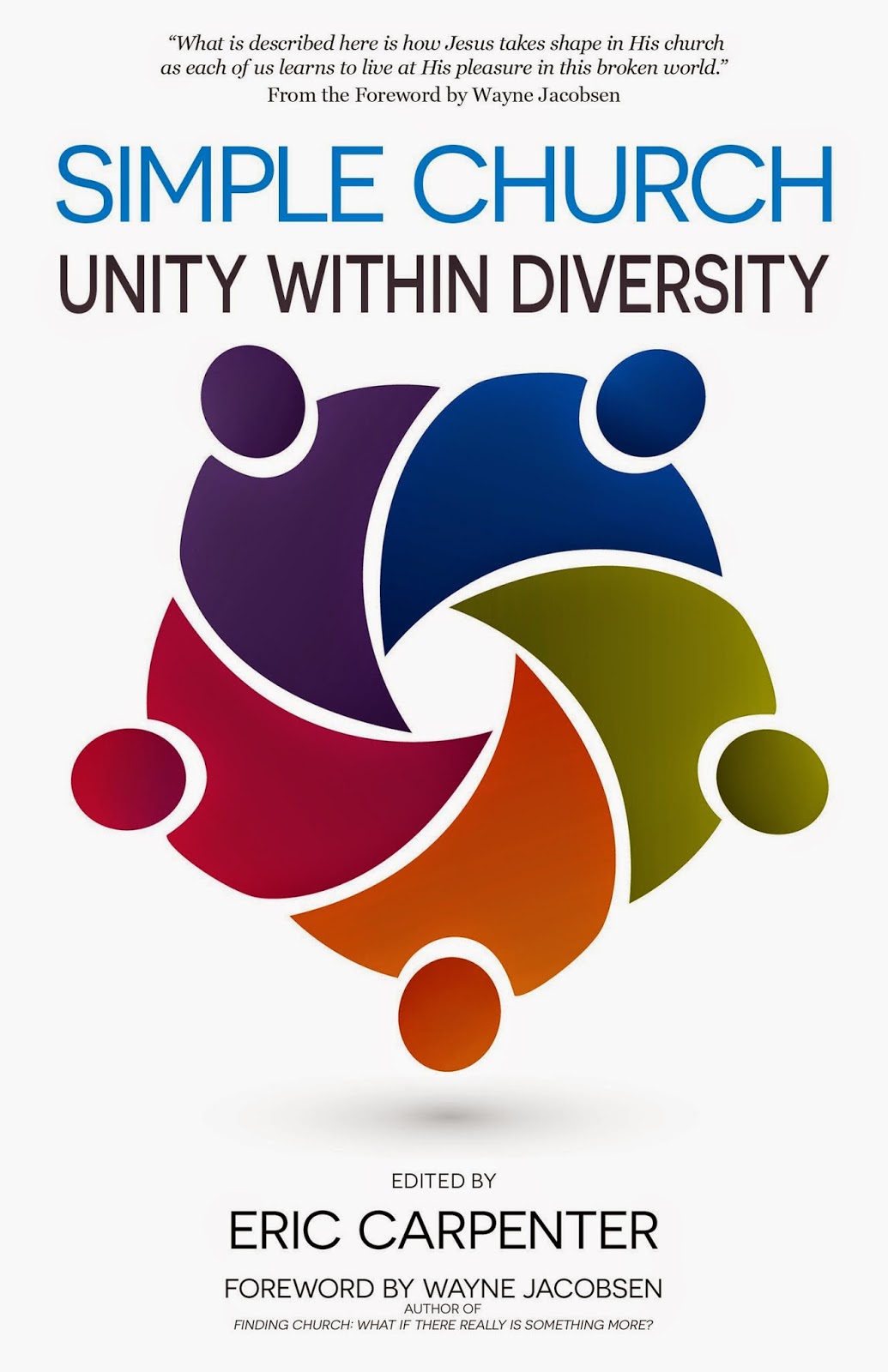 I have posted a few times about a writing project I have been involved in and I am excited to say that Simple Church: Unity Within Diversity releases tomorrow! It was a project a long time in the making and unlike other books from the simple/house/organic church system, : Unity Within Diversity is intentionally focused on what we are for rather than what we are against, where and how we find agreement on critical principles of the church.

I can say I agree in principle with almost everything written and in practice with most. Certainly there are places I disagree, some pretty strenuously, but even though there are some portions that I found disagreement that is sort of the point of this book. We don't all agree on everything but on many issues, some of the most critical, we do agree and seek unity in spite of those other differences. The church as it exists right now suffers from an overabundance of homogeneity. The Reformed huddle together with the Reformed, the Pentecostals with other Pentecostals, the Lutherans with one another, etc. We tend to lump actual Christians we disagree with in almost the same category as people who don't believe at all and at the same time lurk around in echo chambers where we all talk about how much we agree about the things we agree on. Theological in-breeding is unhealthy and dangerous. It is good and healthy to examine what others think and to reexamine our positions. While I didn't find much that really caused me to question any positions I hold, it was still a profitable exercise to read and hear from others.

An honest and open discussion of the church is long overdue but too often these conversations devolve into accusations over disagreement. It is my hope that this book and other conversations like it serve as a baseline for substantive discussion. As we exit, and not a moment too soon, the era of Western Christendom, we find ourselves desperately in need of a new way to talk about the church, a way beyond more of the same and into the simple expression of community we see in the New Testament. I encourage you to give : Unity Within Diversity a read and even if you don't agree with everything (or perhaps especially if you don't!), add your voice to the conversation.

You can also order Simple Church: Unity Within Diversity directly from the publisher, Redeeming Press!
Posted by Arthur Sido at 12:47 PM

Itching to know what you strenuously disagree with. :)

That's a well written piece, Arthur. I agree with everything you say. Thanks for posting!

It wasn't your part Miguel :)