Not Going Back To Church?

A friend sent me a link to a religion story from the Huffington Post by "Reverend" Mark Sandlin, I Don't Want to Go Back to Church and Why I Will. It was quite interesting. As I have mentioned the religion page of the Huffington Post is usually a seething swamp of bad theology but every now and then something interesting pops up like a beautiful swamp flower among the weeds. This is one of those rare times. Mr, Sandlin has been away on sabbatical and is getting ready to "go back to church" but doesn't really seem to want to. Here is the end of his essay...


Here's the thing though, this way of operating has become so indoctrinated into the system, so artfully woven in and out of the dogma, governing structures and informal peer-approval networks that from within the system it is nearly impossible for most people to see it has hypocritical. It is the air we breathe, the support system which gives us meaning, the stuff of church life. It's how you fit in.

We've been trained to follow faithfully and not so much thoughtfully, which is probably why some ministers seem to think "faith is so fragile." Then, when some of us do see the error of our ways and try to do the difficult work of turning the ship around, we find that the forms of government and the unofficial power brokers are designed and operate in ways that bend but do not break. Even people who are sympathetic to the cause find themselves ultimately bound and constrained from affecting change because of the system within which they exist. The Church system produces the results it currently produces because it is perfectly designed to produce them and will continue to do so until radical change is instituted.

I'm going back, even though I honestly don't want to, because my time away has given me a little perspective on the disease behind the problem and I can promise you it will not change because of outside voices. The change must come from within, and I, for one, still believe the Church is redeemable. I just hope it's not too late.


When you get to the end of his essay, you come up with the same sort of realization so many of us have had. What we know as "church" is about the furthest thing from "The Church" that you can find and yet so many of us, even knowing that, keep on going back somehow expecting that the weight of thousands of years of error are suddenly going to be overcome. In spite of his recognition that there is so much that is so far from what church is all about in organized religion, Mr. Sandlin is "going back" thinking that he can change things but even he ackowledges that it might be too late. Guess what.

It is too late and it has been for over a thousand years.

The best chance for change came about with the Reformation and it died just as quickly when the magisterial Reformers chose the path of retaining the Roman forms and practices and quashing the dissenters among the Anabaptists. I don't believe we can "fix" the church from inside the institutional system because that system isn't really broken. In fact it is working exactly as intended, providing a religious experience with no real cost, a way for people to check the religion box for the week, a system to employ clergy and distance the laity which makes everyone happy. As I have learned too often and to my chagrin, the system doesn't want anyone to ask questions or change anything and those who benefit in various ways from that system will fight tooth and nail to keep it running. Perhaps they no longer put dissenters to death but they certainly do their best to make life miserable for those who refuse to walk the line: "How can you say you love Jesus but hate His bride!", "You are just rebellious and individualistic and don't want to submit to authority!", "You are always welcome to attend but you will be treated as a second class citizen unless you become a 'member'", "You are forsaking the assembling of the saints!". I hear this stuff all the time and it always strikes me as an attempt to shout down those who ask the wrong sorts of questions. 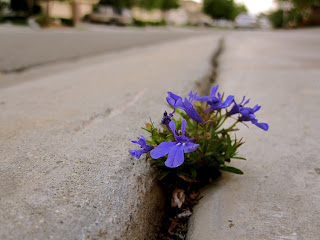 I wish "Reverend" Sandlin the best but I am quite certain his quest is doomed to fail. The system will keep on chugging along until, like Europe, people finally grow disinterested and all that will remain are the foolish cathedrals. Unlike Europe most of our "churches" are so hideous, ostentatious and tacky that no one will want to visit them. Perhaps they will becomes mosques. When that happens we will see the church of Christ rising up from the ruins to do what has been going on quietly for centuries in spite of, not because of, organized religion: Christians telling others about Jesus, helping the downtrodden, visiting the widow, feeding the poor, loving the unlovable. We will realize that we not only don't need organized religion of any flavor to follow Christ but that it actually hampers our walk far more than it helps. I am looking forward to that day in spite of the angst that will accompany it because only then will we be free to be what we are called to be rather than being coerced into doing what we never were intended to do.
Posted by Arthur Sido at 8:00 AM

I don't think Mr.Sandlin is being completely honest with himself regarding his reason for returning.

Your statement,"The best chance for change came about with the Reformation etc.", is absolutely true!

God has not bound us to the status quo, but set us free, in Christ, to use the light He has graciously allowed us to see,to learn to live as His New Covenant people.

As you say,"... in spite of the angst that will accompany it because only then will we be free to be what we are called to be rather than being coerced into doing what we never were intended to do".