A begrudging or conditional welcome is not really welcome at all.
— Arthur Sido (@ArthurSido) June 10, 2012


What does that mean? There is a lot of background and emotion that comes with that tweet. Twitter is a poor place to make a statement but I wanted to flesh that thought out on my blog because it deserves more than a tweet. It is a common theme here but one that is so important that it really bears repeating again and again.

Take away all of the rituals and traditions and culture and what is the church? It is not a bunch of "got it together", all figured out people. The church is a collection of sinners, misfits and messed-up people from all sort of backgrounds, all with lots of baggage (some is more obvious than others but it is universal) and all on different stages in our walk with Christ. No one was born as a regenerate believer in Christ. You aren't a Christian because you were baptized as an infant (or an adult for that matter). You aren't a Christian because you dress a certain way or have gone to church all of your life or exhibit all sorts of externally pious behavior. The only thing that makes us a Christian is being born-again. That is the one thing that is universally true among the Body of Christ and always has been. The problem starts when we look around and see a bunch of other people and realize that we are all different. So what to do?

Well some 1700 years ago there was a seismic change when the church went from enemies of the state to the state religion of choice after Constantine's famous "conversion". From that point forward, for the next 1200 or so years, what was understood to be the church dealt with differences by an authoritarian forced conformity where everyone was lumped into one religious organization and dissent was ruthlessly crushed. In the 16th century things started to change with Martin Luther and the start of the Protestant Reformation followed in short order by the Radical Reformation. With the forced universal conformity broken, Christians were free to relate to one another in community in spite of, and even rejoicing in, our differences. So what we did was divide ourselves up into competing denominations and local churches that erected barriers to fellowship, leading to division and often bloodshed. 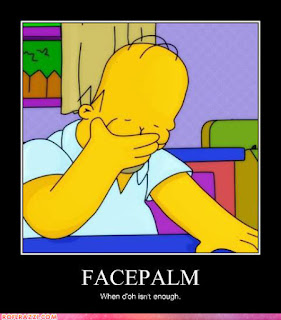 When we treat Christians from outside of our immediate "local church" as second-class citizens of the Kingdom of God, people to be approached with caution until we decide they have passed the sniff test we have devised, we make a lie of all of the places where Scripture describes us as being adopted and accepted, where Jesus prays for unity, where we read that there is one faith and one body. We say to God that perhaps He was mistaken or that just because He has accepted someone doesn't mean much to us, sort of like God is the HR generalist that does the initial screening but we reserve the right to do the final interview before accepting someone. Should our standard of acceptance really be higher than God's and by assuming that role of final arbiter are we not placing ourselves in a position of second guessing and even overriding God? I can think of few sins in the Bible that have more danger inherent in them than trying to override God.

The church is called to be disciples that make disciples that make disciples. We are not called to declare to people the terms under which we will accept them, especially since God has already made that determination. Authoritarian leadership, "closed communion", systems of "church membership", doctrinal statements and creeds, all are designed to erect barriers between one group of Christians and another. No matter how many plastic smiles we put on and polite handshakes we exchange the reality is that we are perpetuating a centuries old system that puts Christian at odds with other Christians, a system that makes people feel like second-class citizens if they fail or refuse to conform.

Oddly enough, Alan Knox posted something about this just today, Refuse to try to control others among the church. Alan says that trying to control people is not the calling of a leader and those who are leaders should instead be especially cautious about having everything their own way...

That kind of captures it. The obvious preferred path is number three but you can run into a problem when you are willing to live with imperfections but others are not willing to live with yours. That is a recipe for an unhealthy relationship. I sound like a broken record but I am more interested in being with a group of Christians, wherever their walk with Christ, that are less interested in making sure that everyone subscribes to the same doctrinal statements or uses the same translation of the Bible or dresses the same than they are in encouraging others, ministering alongside others and loving one another.

If we are not going to treat one another like family we should stop calling each other family.

Email ThisBlogThis!Share to TwitterShare to FacebookShare to Pinterest
Labels: the church, unity

You are so right! There are none so blind as those who will not see!

Heartbreaking, to often be finding people who didn't pass a local muster somewhere. Just today hearing of a young sister guided away from a home gathering because she had been "staring" at another woman --- and without so much as to inquiring of her about this. Not the apparent actions of Family members, or of any good Samaritan to be evading those God has brought us near. We so much need grow up into the Grace of God!
Inside denominations & non-denominations, various people preference & selection controls are used. But in a place where Jesus Christ is seated among us, any thought of discarding someone for sake of local customs would be contemptible by Him.
[Mark 10:13-15]