Brace yourself. This is a crucial sports related announcement. What you thought I was announcing something theological like embracing arminianism or infant baptism or something? Or that I was quitting my job to accept a calling to be "Minister of Expository Preaching On Sunday To 40-49 Year Olds" at a megachurch? Bah. 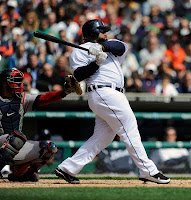 My reasons are myriad. For starters it is just a matter of consistency. Growing up in Toledo, Ohio is a weird experience for a lot of reasons (like having a guy who played a cross dressing solider in Korea on TV as your most famous resident) but nowhere is that more true than in sports. You grow up in Ohio but there are lots of Michigan Wolverines fans. You have “OH” in your address but back in the day we got a lot of TV from Detroit. People read the Free Press and Detroit News but not the Cleveland Plain Dealer. There are at least as many Lions fans as Browns fans in Toledo and almost no Bengals fans. The same holds true with the Tigers versus the Indians. The Tigers AAA farm team is the world famous (thanks to the aforementioned Korean War cross dresser) Toledo Mud Hens. Although the distance between Cleveland and Detroit is similar, the north-south linkage on I-75 seems much stronger than the east-west link down the Ohio Turnpike.

I have been a Michigan Wolverines fan all of my life, mostly out of spite since my dad went to med school at Ohio State. Likewise I love the Red Wings. I have lived in Michigan a lot over the years and have not really lived at all in Ohio as an adult, including two stints in the Detroit metro area (the first time during the glory days of the Red Wings when they  put several Hall of Fame lines on the ice one after another). It has always been a bit weird to root for the Michigan team in hockey and college football but then an Ohio team for pro football and baseball. 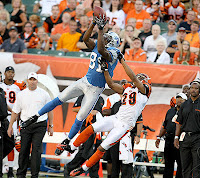 Then there is the simple reality that the Indians and the Browns seem to be regressing each year and have no interest in improvement. I get that the Indians are going to be outspent by the Yankees and Red Sox and Dodgers of the world but it often seems like the playoffs are a reunion of former Indians players that were traded away year after year for "prospects" that they develop just long enough to trade them away for more prospects. C.C. Sabathia, Cliff Lee, Victor Martinez, on and on. I don’t expect a World Series champion or even a contender every year but it would be nice to have some sense that the team is trying to improve. The biggest news thus far for the Indians in 2012 is the signing of 93 year old Johnny Damon to provide a "spark" to the offense.THAT should get the fans excited!

The Browns don’t even have the excuse of being outspent given the importance of the draft and the salary cap that has led to such parity in the NFL. It has been just one fiasco after another with them. Poor drafting. Poor coaching. Poor team management. The final straw was early this year when the Browns were desperately trying to give away three first round draft picks to get a shot at Baylor QB Robert Griffin III. I am not sure that RG III is even going to succeed in the NFL but I am sure that three first round draft picks for a possible starting QB when your team has this many holes is foolish. A few years ago the Detroit Lions were historically bad, going 0-16. Last year they were 10-6 and made the playoffs thanks to good drafting and management. With a decent draft this year they can be even better in 2012. Cleveland is looking like a lock to spend the season in the cellar of the AFC North. I was looking at the stats this morning and the Browns scored 218 points in 16 games last year, or less than 14 points per game. With awesome free agent signings like Frostee Rucker, the Browns will be lucky to muster even 14 points a game in 2012. Makes one nostalgic for the halcyon days of Tim Couch.

So I am done. Time to move on Cleveland. It has been a good ride. Actually scratch that, it has been a horrible ride of disappointment and under-performance.

Living in Maine I have none of these problems. There is no city anywhere near us aside from Boston, all four of Boston's sports teams are champions (all within the last decade) and we even have the added hatred of New York to fuel our love for Boston sports. I truly believe that Boston is the greatest sports city in the country!

But, if I were in your situation I would def jump the Cleveland ship and shift my allegiance to Detroit. I mean, come on, Detroit has Verlander and Megatron!

That had to be one tough decision.

I have been an Orioles fan forever, and i just cannot let go.

Brian, it was something coming for a while. As the season opened I found that I was paying far more attention to the Tigers than the Indians. I wasn't even interested in what they were doing.

Dan, having lived out in New England I can say without hesitation that New England sports fans absolutely think that Boston is the greatest sports city in the country.

You do realize the Tribe will win it all this year because of this.

And yes, transplants here on the west coast think Boston is the greatest sports city in the country. They DO have their own national network, ESPN.

Steve, the Indians promptly swept the Royals but I am pretty sure that come October they are going to be playing golf.