The mass shooting in Las Vegas last weekend was a horror show however you slice it. I am not in any way diminishing the horrific nature of what this man did, presuming that the story we have so far is accurate. But in light of the weird American relationship with firearms across the political spectrum, I think it is important to look at a little history and perhaps gain a little perspective.

Las Vegas wasn't the worst mass killing in American history. Not even close. The biggest mass killing in U.S. history happened on September 11th, 2001. Around 3,000 people died that day and our country and the world itself were changed irreversibly, and not for the better. The weapons they used were airplanes. They were not discouraged by "gun control" laws, which are really citizen control laws, they simply used a different method to carry out their mass killing. 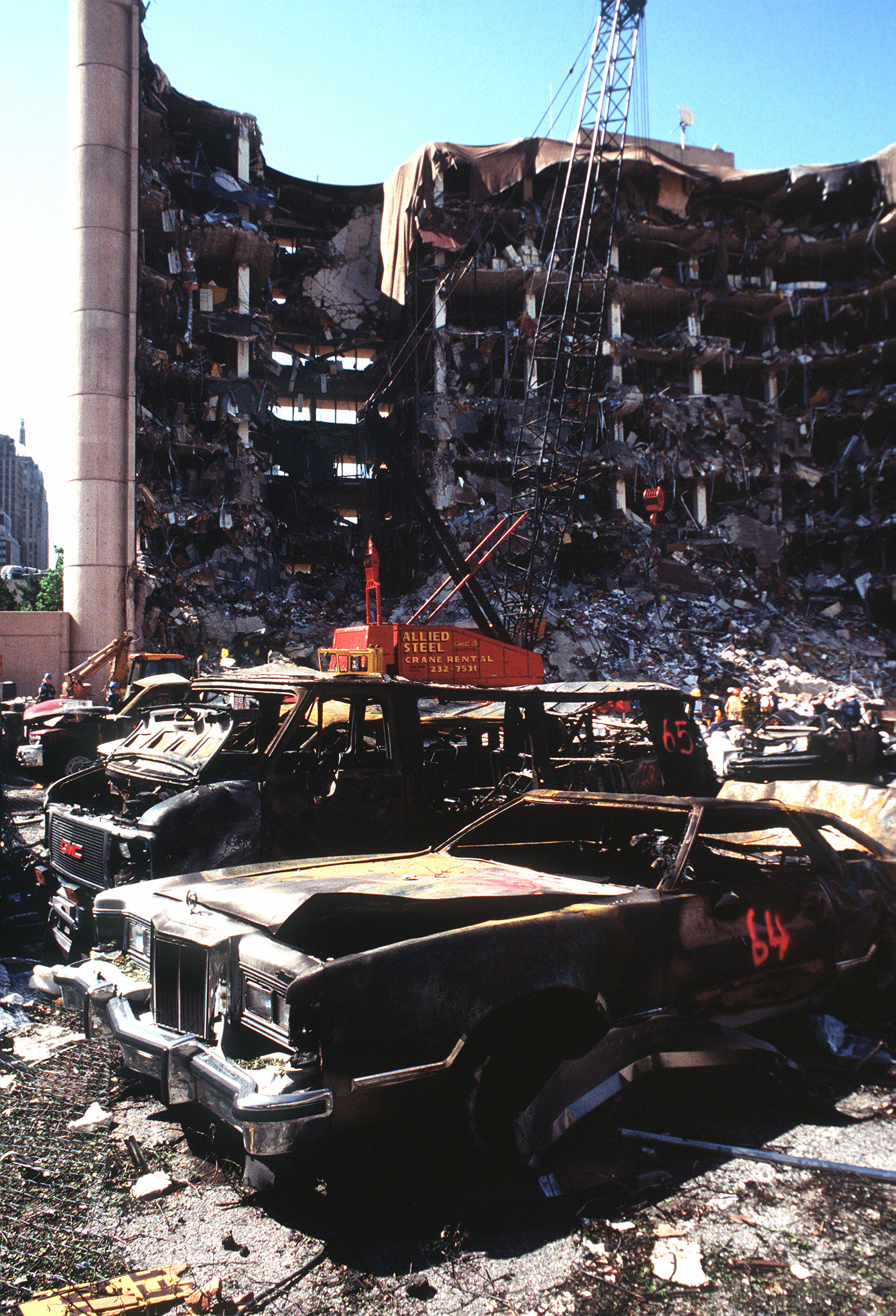 In 1995, Timothy McVeigh and Terry Nichols set off an explosive outside of the Murrah Federal Building in Oklahoma City. I was in college at the time and remember watching the footage in the Student Union on the TV but at that time I had no idea how bad it was. The death toll was awful and would be the benchmark for six years. Around 168 people were killed and over 680 wounded. 19 of the murdered were children.

The bomb was primarily a type of AN/FO device, ammonium nitrate/fuel oil, that was in barrels in a rented truck. The primary ingredients is ammonium nitrate which is very, very common and has been used in a number of bombings. It is common because it is used to fertilize corn fields, I am sure there is enough on farms in spring in a small circle around my house to make a very powerful bomb indeed.

McVeigh had a handgun with him but he didn't use it. He didn't need to in order to kill 168 people.

In Europe where most nations have very restrictive gun control for civilians, the inability to obtain guns hasn't stopped terrorists. In July of last year in Nice, France 87 people were killed and over 400 wounded by a Muslim man driving a truck into a crowd. There have been multiple truck attacks that have killed a bunch of people in places like London and Berlin. On multiple occasions hundreds of people have died in airline bombings like the Lockerbie bombing (270 killed). In 2004 in Madrid train bombings killed 192 people and injured 2000 more. Almost on a weekly basis there are non-firearm related terrorist attacks around the world, in Edmonton and France and England. With backpack bombs or trucks or knives and machetes, evil men commit acts of evil.

It should be pretty obvious that people bent of committing mass acts of violence, as opposed to those committing more localized acts, can pretty easily find ways to do so with or without guns.

So what is it about guns? It has a lot to do with the stark differences in opinion on gun ownership in America. Many people never grew up around guns for hunting and sport shooting and to them guns are terrifying. In many urban neighborhoods, a gun shot is cause to hit the floor. Where I live in the country, the sound of gun fire from my neighbor across the street barely warrants notice. A lot of it is also political. The idea of private citizens possessing firearms is both repulsive and frightening to many people and events like Las Vegas are ripe for political exploitation.

Some people point to the widespread epidemic of gun violence on a smaller scale and say that is a reason to ban or more heavily regulate guns but the hard reality is that the smaller scale gun violence is pretty limited in scope and in geography. In 2016 alone Chicago experienced 762 murders which works out to 63.5 per month. In other words, Chicago had a death toll higher than Las Vegas every single month for an entire year. So far this year there have been over 500 murders in Chicago with 3 months left in the year, including most recently 4 day old Jenae Lemon who was delivered early after her mother was shot and killed but ended up passing away 4 days later. The uncomfortable truth is that apart from a handful of high profile mass shootings, the vast majority of firearms violence in this country involved guns used by criminals and that criminal behavior is heavily skewed by geography and race. An estimated 7% of Americans, black men, commit in excess of 50% of all murders. A few counties in urban areas like Chicago, Detroit and Baltimore account for a majority of gun violence and an awful lot of counties have essentially zero gun violence despite the fact that those counties, like mine, have extraordinary rates of firearm ownership. I would be surprised if more than a couple of homes in a five mile radius of me are without at least one firearm and many are multi-gun homes like mine.

Depending on what number you use there are in excess of 300,000,000 privately owned firearms in America already and more are manufactured and sold everyday. Any efforts to limit gun ownership are bound to fail and any attempt to mass confiscate firearms would lead to incredible violence. America has always had a lot of guns but has not always had anywhere close to this level of gun violence which begs the question: what has changed?

If we are not willing to ask the harder questions we will continue to see the same response to gun violence, gun control advocates reflexively calling for more laws and restrictions after every high profile shooting and gun ownership advocates digging in their heels and refusing to budge in inch. That makes for good political theater but does nothing to solve the problem.

Las Vegas has the sad distinction of being the biggest single mass shooting in American history but it is an example of a fairly rare event. Gun violence in general in America is the more serious problem but an unwillingness to face the facts ensures that nothing will ever be done.

We don't have a gun violence crisis, we have a moral crisis and only a moral solution will make a dent in the slaughter.
Posted by Arthur Sido at 11:06 AM

This is exactly right. It's about morality. We need a discussion in this country about morals and values.