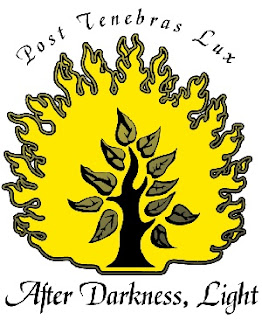 The words Post Tenebras Lux form the Latin phrase which is roughly translated "After darkness, light". The phrase is often considered to be the "motto of the Reformation", a recognition that after centuries of the light of the Gospel being shrouded in religious darkness it at long last burst forth once more as the Reformation took hold of Europe. The Reformation may have "officially" started this day in 1517 but it didn't end there and I would say is just as relevant today as it has ever been since the 16th century. Watch this brief video from John Piper in Geneva, home of John Calvin and one of the centers of the Reformation.