Here is something that kind of puzzles me.

From mormons to conservative Roman Catholics to suburban megachurch evangelicals, some of the most staunchly anti-big government people in this country are at the same time perfectly comfortable with big religion. The parallels between the two are not insignificant:

- Both are concerned mainly with institutional preservation.
- Both suffer from the inevitable inefficiency that accompanies huge institutions.
- Both depend on money coerced from productive citizens by means of guilt, threats and fear, using that money to sustain the institution and pay the employees of that institution.
- Both tend to add layer upon layer of rules on top of their purported governing documents (the Constitution and the Bible respectively), reinterpreting or ignoring statutes that are inconvenient.
- Both are generally led by elites who are widely removed from the people they allegedly serve and are often segregated from those same people by layers of bureaucracy and flunkies.
- Both use group identity and the fear of other to control and manipulate people.
- Both are perfectly comfortable with sacrificing innocents to protect themselves.

I could go on and on. Throughout Western history the rise of the ever more intrusive nanny state has been mirrored and abetted by the willing partnership of the massive religious institutions. Peel away the external facade of patriotic and religious obligation and you have basically the same thing. That doesn't mean that there are not lots of great, sincere people involved in both big government and big religion because there are. It is just the institutions themselves that have taken on a life of their own and become almost Skynet self-aware (and just as prone to violence when threatened). 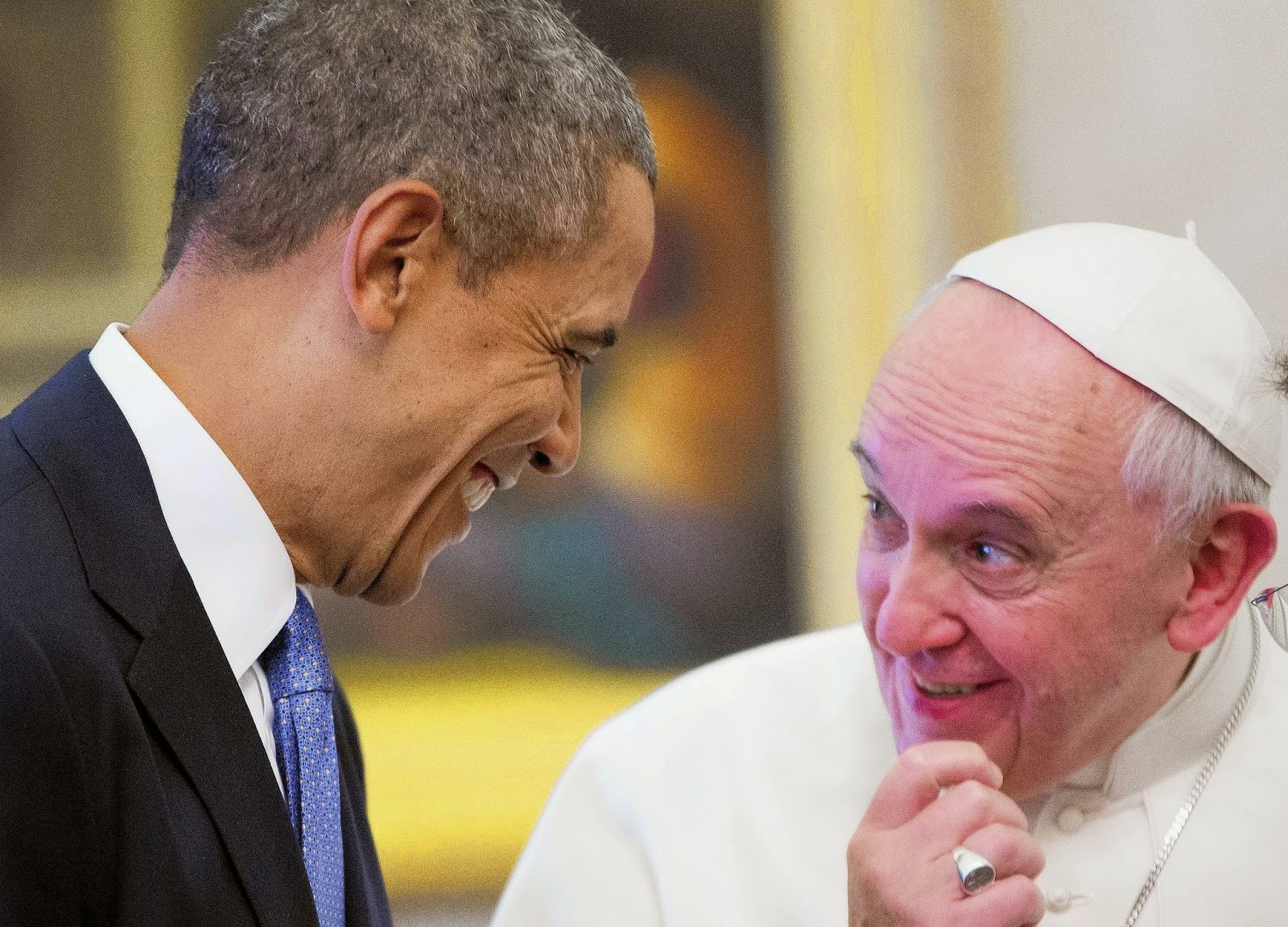 The adoration of big religion by people who abhor big government is understandable as a symptom of the carefully constructed civic religion we live with in America. It is the same sort of schizophrenic relationships many "conservatives" have with different parts of the government, loving the part that wears a uniform and carries and gun and hating the part that wears a button down and hands out free money and food. We are taught from an early age to respect and obey those placed in positions of authority over us: policemen, teachers, clergy and to do so without question. We force children to pledge allegiance to a flag even though kids in 1st grade can't really understand what a Republic is or what pledging unswerving allegiance to that Republic entails. Sunday school and VBS serve the same purpose, inculcating an affinity for organized religion on children who become adults that have the rhythms of cultural religion so deeply embedded in their psyche that it becomes almost psychologically traumatic to question or worse yet reject those patterns. This is true not only for the individual who rejects these rhythms and norms but also the masses that don't. Try not having your kid say the Pledge of Allegiance. Try explaining why you don't dutifully show up to church on Sunday. The reaction from the rest of the culture is swift and merciless because asking the wrong sorts of questions is subversive and a threat to the stability of the institution.

I don't claim to have this all figured out but as I peel away the layers I am starting to see more and more parallels between the manipulative natures of both Big Government and Big Religion. I see more clearly the jarring disconnect between those who are most vociferous about the evils of Big Government showing up on demand to kowtow to Big Religion. I don't think many people have stepped back to examine the parallels and pondered why what is bad in government is somehow good in religion. I hope they start to because I obviously believe that Big Religion is as destructive to liberty and Christian community as Big Government. Whether they do or not you can be certain I am going to keep bringing it up, banging the drum and stirring the pot because I believe the greatest threat to the advance of the Kingdom is not Islamic terrorism or secularism, it is Big Religion.
Posted by Arthur Sido at 10:31 AM

Here is a link to a movie excerpt (word-for-word Matthew 23) that hits the nail on the head. All you need to do is picture Jesus speaking to a bunch of today's "church" leaders - pastors, priests, etc. (About 10min.)