Listening to NPR this morning I heard a preview of the State of the Union speech and it sounds like President Obama is reviving a key "education" provision from his original platform, namely universal birth to college tax payer subsidized institutionalization of children and young adults in the "educational system". From the Huffington Post.....

Days before President Barack Obama outlines his agenda for the coming year, a think tank with close ties to the White House is outlining a plan that would provide preschool for all children within five years.

The Center for American Progress proposal, released Thursday, provides a road map for how the Obama administration could move forward with pre-kindergarten programs for all 3- and 4-year-olds. For families with younger children, federal subsidies for child care would increase to an average $7,200 per child and the number of students in Early Head Start programs would double.

The troubling results from Head Start coupled with the fact that we have no money should quash this but few politicians want to take a stand that appears to be voting against "education" even though this has nothing to do with education in the first place. The report from the Huffington Post tags the cost at north of $25,000,000,000 per year and that of course is laughably low balled since any program like this is going to overrun costs right out of the gate under the banner of "It is for the children!". In case you missed it, we don't really have any money right now and every year we add a trillion to the debt. Just a little fiscal factoid for ya!

Closer to the kitchen table, the proposals have an economic resonance. The average family with two parents working and with children younger than 5 spends roughly a one-tenth of the income on child care. For families making less, that percentage climbs quickly.

So little Johnny and Suzie are going to get to go to a tax payer subsidized day care, er early childhood education program so that mom can go to work without paying for child care but since we don't have any money those same kids stuck in preschool warehousing early childhood education programs will get to deal with the additional debt incurred on their behalf to pay for their care when they hit adulthood. In other words, mom and dad get to pass off the cost of child care to their own children. What a great deal! New iPhones for everybody!

Set aside this sort of stuff. What is going on here is the continuance of a policy that seeks to separate children from their families, especially their mothers, at an earlier age and for more of the day. Children now barely get twelve weeks with their mothers before they are shipped off to daycare and the time after this three month period is filled with day care, preschool, public school, activities, sports, etc. that ultimately leads to children spending less and less time at home with their own family with each year that passes and in turn spending more and more time under the supervision of the state. This is a situation unprecedented in our history and unquestionably damaging to children and family cohesion in general. 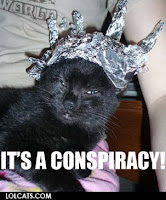 That may come across as a little tin-foil hat hysterical but not when you examine some of the underlying philosophy behind the educational elite. You can be sure that the idea of adding thousands of government subsidized jobs that will fall under the umbrella of the teachers unions is a key driver for this movement. As we have moved further away from a child spending their preschool formative years at home with a parent and toward two income families with children increasingly cared for by strangers away from home, it is nigh impossible to make the arguments that families are stronger or education is improved. The only beneficiaries are the child care industry, including public schools, and large corporations that are able to pay less for labor thanks to the influx of women into the work force under the false impression that daycare for their children is "free". Make no mistake, for all of the noble language this sort of effort is couched in, the real motivation is almost certainly far more sinister.
Posted by Arthur Sido at 3:34 PM