Normally after a major election I spend a lot of time reading analysis and commentary. Who won and why, who showed up to vote, what trends do we see. Since I voted for someone I knew wouldn't win I was not nearly as bummed yesterday as I would have been a year ago. Even though I didn't spend a ton of time yesterday reading the analysis of Romney's loss I did read enough to get this reality loud and clear:

The Republican establishment that used to tolerate Christians and pat us on the head so we would show up to the polls will drop any pretense of being interested in the issues we care about. 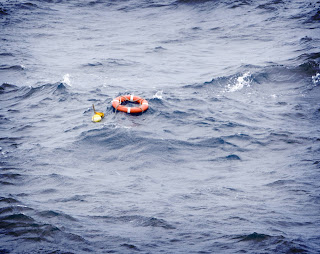 Sure it might be buried in party platforms but it is not going to get any press and any GOP hopefuls from President to dog catcher are going to avoid any talk of abortion like the plague. We were useful patsies for a long time and it was a good run y'all but the days of Republican politicians sucking up to Jerry Falwell and Ralph Reed are in the rear view mirror. From the Mourdock/Akin flubs/honesty to changing demographics, the Grand Old Party is going to be looking for some new dance partners. The recriminations have already started and guess who the fall guy is going to be? Richard Mourdock lost an easily winnable Senate seat in Indiana for giving an honest answer about the sanctity of human life and let down the team so we need to bury any talk of social issues. The big tent of the Republican party has room in the corner for you evangelicals but we are going to have to insist that you sit quietly and just vote for what we tell you to because the issues that are important to you and were used to drive you to the polls are losers for the party. Frankly your quaint notions about abortion are just not as important as endless military spending to "keep us safe" and lower tax rates.

This is a good thing.

The Republican Party, by and large, has done very little to earn the votes of Christians and simultaneously an awful lot of harm. We have dutifully marched to the polls election after election and Roe v. Wade is no closer to be overturned. We have been sucked into supporting every war of aggression that crops up. We see the poor and the illegal immigrant and the immoral as people to be regulated and controlled and protected from instead of the very people we are called to reach. Make no mistake, politically conservative evangelicals who are often at least on the surface theologically conservative have by and large left the field when it comes to the poor and the unwanted in our culture, abandoning "those people" to the Christian Left and their equally misguided reliance on the state. Whether we abdicate our responsibility to the poor and the orphan to the soulless incompetence of the state or to the whims of the market economy doesn't really make a bit of difference.

In virtually every possible way, evangelical Christianity being a lapdog for one secular political persuasion has done irreparable harm to our actual mission to the world

My sincere hope is that the results of this last election are the catalyst we need to stop relying on Republican politicians and "get a job" free market theories to fulfill the calling of the church. We have been predictably let down year after year and it is becoming quite clear that our place in the Republican party and our perceived worldly influence are waning sharply. What we might find, if we are willing to let go, is that our greatest influence in the world is not found in being invited to the halls of power or having fat bank accounts or ornate church buildings but rather are found in simple, humble service to others. Our greatest power is weakness and what we have long perceived to be desirable, power and influence, are actually the very things that have stifled our mission and encouraged our division. The struggle for life begins one woman at a time, not at the ballot box or the halls of the Supreme Court. We cannot subcontract the work of ministry to the state or the free market or professional clergy. The calling of ministry, of evangelism, of mercy is one we are all called to without exception and without excuse. Let the powers and principalities of the world squabble over money, ours is a simpler and eternally more important task.
Posted by Arthur Sido at 10:30 AM

Aurther, Thanks for this summary. Very well written. The church (the cheap brick and mortor kind) is weak and corrupted by satan. Yes, bible believing christians need to stand up and start calling out and exposing these wicked and false churches. I espically like your comments about each individual having a duty to fulfil. Please watch this: http://ow.ly/f80qU