What's Love Got To Do With It? 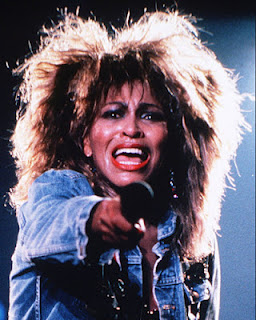 A few days ago I posted a list of characteristics of the church by Dave Black. As I said I like his list a lot. I also promised to give you a look at a list I like a whole lot less. The list I found troubling comes courtesy of the Resurgence, one of the arms of Mars Hill and ultimately Mark Driscoll and carries the bold title of 8 Biblical Marks Of A True Church. No surprise, it turns out that all of the marks are what Mars Hill is already doing.

At the outset I have to say that while what is going on at Mars Hill it doesn’t impact me personally, it does impact the church both locally with those in fellowship at the various Mars Hill campuses as well as globally through those that are influenced by Mark Driscoll around the world. I look westward with a growing sense of alarm, the sort of alarm that can only come from someone who has come out of a highly authoritarian, controlling and hierarchically cultic setting. When someone frequently brags about firing people and chortling about the trail of bodies he has left in his wake of those who didn't get with his program, warning bells and flashing lights should be going off. When a local church starts absorbing and assimilating other local churches, firing staff and driving away people who refuse to be assimilated, what is happening might be "successful" but it isn't the church.

Even the title "Biblical Marks of a True Church" reduces the church into a bunch of local, autonomous groups that are only loosely linked together with a linkage that is barely there in theory and completely absent in practice. Asking “what is a church” without first asking “what is the church” puts the cart before the horse. Unless we grasp what the church is globally and universally, in her entirety, we will never understand and correctly practice church community locally. Mars Hill in Seattle is not an independent local church, or at least it shouldn’t be. It should be a local expression of a larger community, one more concerned with the health of the church around the world than it is with preserving its own identity and snatching up other struggling “local churches” to be assimilated.

As you peruse this list, you will find a lot of the typical stuff: "preaching", authoritarian leadership, "sacraments" and "church membership", but something is obviously missing. The vital characteristic of the church that is absent from this list, and many others, is love. Such a simple thing and yet so crucial to the life of the church. Still we find list after list where love is not mentioned other than in passing. Even the vaunted 9 Marks, a list that spawned a ministry, doesn’t list love as one of the 9 mark of the church. Preaching? Oh yes, we must have that! So called sacraments? Can’t have a “real” church without them! Love? Well that is just sort of assumed and implied. I mean I obviously love my fellow Christians, at least the other members of my church, because I grace them with my presence on Sunday and I dress myself and my family up to impress them.

What does it mean that so many people are convinced that the church either is already loving one another in spite of the evidence to the contrary or that it isn't as imortant as adherence to all manner of manmade reigious traditions? When we don't even consider love or unity or self-sacrifice to be an essential of the church, doesn't it mean that our view of the church is horrible distorted? We cannot have a "biblical true church" if we are missing these crucial characteristics. I don't care how exegetically sound the preaching or how conservative the attire or how detailed the statement of faith, if you don't have love you are not manifesting the church. Some of these other things are important (and many are not) but they all come in a distant second to love.

Jesus said to His disciples and by extension to us:


By this all people will know that you are my disciples, if you have love for one another." (John 13:35)


If that is true and it most certainly is, then the opposite is also true. If we don't love one another people will not recognize us as His disciples. Perhaps that explains why the world doesn't persecute us in the West because the world doesn't even recognize who we claim to be. I have come to a point where I would rather fellowship with a "liberal" Christian that loves his brothers and sisters than a "conservative" Christian who sees his brothers and sisters as people to be made to conform to man-made rules.

The church was birthed in the supreme act of self-sacrificial love and loving God and one another is the top priority of the church. Anyone who fails to recognize that and give love its proper place of prominence frankly doesn't understand the first thing about the church and really has no business declaring what are or are not the "marks of a biblical church".
Posted by Arthur Sido at 12:30 PM

Email ThisBlogThis!Share to TwitterShare to FacebookShare to Pinterest
Labels: 9 Marks, cult of personality, cultlike behavior, cults, love one another, the church

The "cult" word is likely too narrow for Mars Hill. As the many avenues of "industrial church", they're caught up in a tailored dynamic framework of deception that depends in sectarianism. People who spin out of the Mars Hill diversion are in definite need of the Love of Christ; firstly to be seen through His faithful servants.