If you know much about me you could be forgiven for seeing me as a poster child for "white privilege". I grew up in a fairly large house in the suburbs on an acre plus lot on a road lined with trees and nice homes. I went to pretty good schools. My parents are married and have been for over fifty years. They both went to college and my dad is a doctor. It wasn't a question of if I would go to college, it was really only a question of where and thanks to my exceptional standardized test taking abilities I had very good schools around the country lined up to accept me (ironically I spent my first year at Ohio State where being able to write my own name was sufficient to get accepted).

On the other hand, going back just to my dad's upbringing unravels the "white privilege" narrative. This is the home he grew up in.... 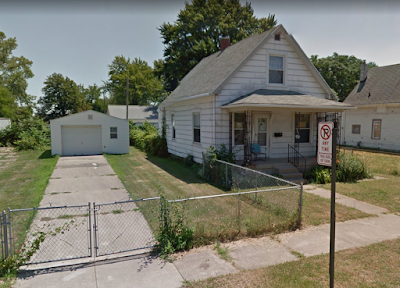 It is a tiny little place, around 1100 square feet, that was home to my dad, his parents and a ton of siblings as would be expected from a Polish Catholic family in those days. My grandparents never owned a car. Lest you think this is a little house in a nice suburb, this is an aerial view of the neighborhood. 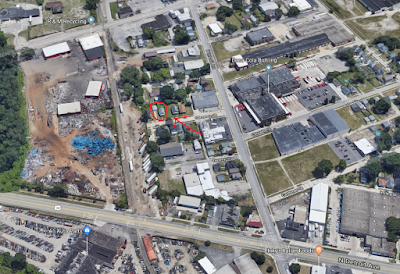 As you can see it is surrounded by industry and in the middle of a triangle of three of the busiest roads in Toledo, Ohio: Detroit (aka U.S. 24), Lagrange and Sylvania. The street is a dead-end and where the recycling place is now used to be Feeley Box Company that made shipping crates for Jeeps in World War II. It is the sort of street that many people in Toledo grew up on, row after row of little houses packed on streets in neighborhoods surrounded by factories. This is where we came from, Polish and Hungarian, Irish and Italian. Like my dad who worked his way through college and medical school in an era when going to college was often seen as a waste of time, many people of his generation and later mine broke into the middle-class. They did so by virtue of hard work and struggle. No one gave them anything. There is not a secret fund that white people can tap into or hidden answer keys for tests that we can access at will to give us an unfair advantage in school. Sure there is a small, mostly white, aristocratic class in America, mostly back East, that sends their kids to the best prep schools and gives them a built in network to help them succeed but most of us don't have anything at all like that. We got where we are the old fashioned way, by hard work and sacrifice.

So which is it? Am I the product of an above average privileged upbringing or the result of an ethnic working class family in Toledo that lived the American dream?

Did I have a "privileged" upbringing? Sure I did. My parents have been married for more than 50 years. They read to me and encouraged a lifelong love of reading in me at an early age so I got to kindergarten an already pretty decent reader which put me way ahead of my classmates. They instilled in me certain moral standards that have kept me mostly out of trouble with the law in my life. They both went to college and expected me to do the same. I believe in the promise of America because I have seen it lived out in my own family. I had every advantage a middle class kid in Ohio could have had.

But what is really important to note is that none of the privileges I grew up with are racially specific or racially restricted. There is nothing that stops black couples from getting married before having children but only around a quarter of black children are born to married parents. There is nothing that stops black parents from reading to their children. There is nothing to stop black parents from instilling in their children a respect for the law and law enforcement and teaching them that breaking the law has serious consequences so don't do it. Of course many black parents do these things and many black kids grow up with the same privileges I did and are successful in life. On the other hand, you can be white and end right back up in poverty if you don't remember how you got where you were.

Sure my dad was a doctor and could afford the best for us but he grew up in a tiny home on a dead-end street in Toledo. He had no greater opportunities to succeed in life as a Polish kid in Toledo than any black kid has in the U.S. today. Given the scholarships, grants, student loans, etc. available today I would argue that the average black high schooler today has more opportunity to seize control of their own future than my father did in the early 1950's.

But what about institutionalized racism? What about white supremacy?

Meaningless buzzwords. Terms designed to obfuscate rather than enlighten.

Too many of us in the church adopt the bigotry of low expectations when it comes to blacks and other racial and ethnic minorities. They are loathe to point out the role of personal responsibility and consequences of choices and all too ready to parrot back the liberal talking points to explain why blacks continue to lag far behind whites. It isn't their fault because whites benefit from white privilege. It isn't their fault because they live in a system of "white supremacy", a term that is in the top five most overused and incorrectly defined in our current "discourse". Those who adopt without question the language used by the political Left, which in no way is a friend of the Gospel, on matters of race do minorities no favors.

I am sure there were plenty of people that laughed at my dad, some polack kid wanting to go to college and be a doctor. Who did he think he was? But he did it anyway. He worked hard and sacrificed so his kids could have every advantage in life. Doing that used to be something praiseworthy. Now it is seen as cheating to try to give your kids the best possible foundation. I grew up with a lot of privileges. I try to give my kids the all of the privileges I can. Every parent should and no parent should feel bad or guilty for that and any parent can choose to do that because the basics of being a good parent are not restricted by race. If you are black you can be a good parent. You can go to college or trade school. You can be as successful was you want to be. Yes you will face some challenges but we all do. Very few people go to prep school in Andover, the vast majority of us have to fight and scrape for what we get. Don't let anyone tell you what you can't do but also don't let anyone tell you nothing is your fault. We are all responsible for ourselves.

Did I benefit from a privileged upbringing? I sure did but it had nothing to do with being white.
Posted by Arthur Sido at 10:18 AM