All Human Lives Matter Especially The Smallest Of Us 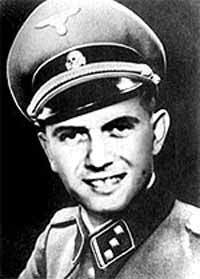 Brit Hume crushes it when discussing the blood soaked merchants of death at Planned Parenthood and the grisly video where prices for the component parts of fellow human beings are being negotiated like the price of a new car. These modern day Josef Mengeles traffic and profit in the slaughter, dismemberment and sale of human beings. For those who have been speaking out against this crime against humanity for a long time, these revelations are not unexpected although the casual way it is discussed is still chilling. Hopefully those who blithely cover their ears and eyes and try to explain away the slaughter taking place every day in America and around the world by converting human beings into amorphous and ambiguous dehumanizing terms will be forced to face what they are doing and examine the position they hold so dearly. Let me be clear:

One can easily imagine a casual meal like the one in the released videos where the speakers are wearing the uniform of Nazi Germany and discussing rates for rail cars carrying Jews to Auschwitz.

So don't be fooled. This is not an anomaly. This is business as usual for our nation's premier serial killer, a murderous organization that is funded by the tax dollars of Americans and the payment for services of desperate women who have been convinced that an abortion is their only sensible choice and after all it isn't a baby, it is just "tissue".

Somewhere in the deepest pits of hell, Josef Mengele is applauding his modern day offspring as they go about their daily task of murder for hire. Watch the video in this link and be thankful that there are still voices who will not be silent about real injustice in America.