Repost: Israel, Gaza and the Gospel

This is a topic that is at the top of the news once again and once again a subset of Christians who grossly misunderstand the Old Covenant and consistently misapply Old Testament passages along with random New Testament eschatalogical passages come out of the woodwork. This is greeted with the glee of a kid on Christmas morning by secular media outlets for the stream of foolish and Gospel harming quotes that these individuals provide. Case in point, a recent Slate article at a convocation of the ever mind-numbing John Hagee and his acolytes, Inside the Most Insanely Pro-Israel Meeting You Could Ever Attend. Now from Slate you should assume the worst when it comes to anything religious but some stuff is hard to deny, especially the last few paragraphs (emphasis mine):


“There is an entire generation being raised in southern , barely any of whom do not suffer from PTSD due to the rocket fire,” said Anthony. “The entire Zionist experiment rests in no small part on what it is we do during this campaign.”

“Hamas started this war,” said Anthony. “The soldiers of must smash their skulls and break their spines.”

When he said that, a standing-room crowd of pastors and activists and politicians rose to its feet, waving the twin flags of the countries God loved.

What is really disturbing is that even though this is in Slate I have no trouble at all believing this happened.


As I write below you can make a decent argument from a secular, geo-political position that as a sovereign state has a right and a duty to defend her citizens from attack. I have no doubt that Hamas loves to see dead Palestinian children as a PR tool in their war against . People with an agenda, whether the leaders of Hamas or Benjamin Netanyahu, are always looking for the crass PR opportunity to score political points on the talk shows and via their proxies.

Where I have an issue is when this conflict is turned from a secular squabble that never gets any better and into a theological one where Christians in are assumed to have a Kingdom obligation to support a secular people group in a war that appears to kill far more civilians than combatants against another secular people group. Let me say this as plainly as I can: A nation created by international proxy that is overwhelmingly populated by people who deny Christ is by definition not "God's people". One cannot simultaneously be in favor with God and denying His Son. That was true in the 1st century A.D. and it is still true today. That basic fact of Christian theology didn't change when a guilt driven world carved a new secular homeland for Jews out of Palestine. I seriously do a literal :facepalm: on a daily basis when I see some things fellow believers say about this conflict. We should be weeping and praying for peace and for the innocents killed on both sides, not taking sides against others based on a faulty and dangerous theology that has its roots in Left Behind and other crappy apocalyptic fiction. There is no small amount of manipulation for political gain and for the selling of books that goes on at events like these and still Christians flock to them. People need to put their end-times flow charts away and try reading the Bible for a change.

Also of note, another post that mostly is a copy and paste from John Piper who pretty much nails in on this issue, One of the best summaries of the relationship between Christians and the modern state of Israel I have ever read.
--------

The conflict in the Middle East is rife with danger for Christians because many of us have been inundated with years of bubblegum pop eschatology that inextricably links the Israel of God with the current nation-state of Israel (see, this chart here shows that Hillary Clinton/Ted Kennedy/Barack Obama/insert liberal here is the anti-Christ!). That linkage causes many Christians to reflexively support Israel, no matter what. I happen to support Israel the nation in the current conflict; the same was that I support Taiwan against mainland Red China. I think people should support Israel, but I think we should support Israel for the right reasons.

To begin with I don’t think that the nation-state of Israel is the Israel of God because it bears the same name and is made up mostly of people of Jewish descent.

Is there a Gospel future for the Jews? I certainly think so, one that involves a massive (future?) conversion of Jews to Christ. Romans 11 bears this out. I do not think that this means that God is intending to fulfill the land promises of the Old Covenant. Why would He? So they can have a physical homeland when Christ has provided a spiritual home? So they can rebuild the temple and make sacrifices, putting the cross of Christ to shame? God has a plan for His people, Jews and gentiles, that is so much greater and more magnificent than a piece of property in the Middle East.

I think it is vital that the Christian manage to look at Israel as two separate entities, the Israel of God on the one hand and the political entity of the nation-state of Israel on the other. Being Jewish does not save you. Romans 11:26 says that all Israel will be saved but it is clear through the Bible that faith in Christ is the only way of salvation and many, many Jews have rejected Christ. So if all Israel will be saved, but not all Jews are saved than it must mean that being the Israel of God is not of necessity a Jewish thing. In Acts 2: , Peter was speaking to a Jewish audience and when the asked “Brothers, what shall we do?”, Peter didn’t say “Nothing, you are Jews so you are all set!”, he told them to repent and be baptized in the name of Jesus Christ. There are Jews and gentiles who are God’s elect and they are born-again and come to saving faith in Christ and are saved. There are likewise Jews and gentiles alike who are not elect, who do not come to faith and are lost. Romans 9: 6-8 tells us that “not all who are descended from Israel belong to Israel”, and Galatians 3:7 and 3: 29 tell us that those of faith are the heirs of Abraham’s promises. So I don’t buy into the corollary that tells us that Jewish automatically equates to Israel. Nor do I think it is logical to assume that a Christian is duty bound to support Israel in her attacks against Hamas simply because they are Christians and Israel is Israel.

From a geo-political standpoint, the nation-state of Israel absolutely has the right to defend herself. Try to imagine living in a nation that is surrounded on all sides by “neighbors” who to some extent are committed to your destruction or at least reject the idea that Israel has a right to exist at all as a legitimate and free nation. We have been at peace with Mexico and Canada for more than a century, Canada probably since the end of the War of 1812, so nearly 200 years. But imagine if you will terrorists in Windsor, Ontario launching rockets into Detroit (pretend for a second that Detroit is a city that would be noticeably damaged by rocket fire). I would hope that the U.S. would take drastic steps to stop the rockets. In fact I think the Israeli response has been pretty measured and restrained compared to what they could be doing. The Israelis have one of the most powerful militaries in the world, even given the fact that the nation itself is tiny. It is not unthinkable that they could simply level the Palestinian settlements in the Gaza strip with minimal effort. So while they have been responding with necessary military force, and that force has caused civilian casualties, the Israeli’s have taken great pains to try to avoid civilian casualties. A spokesman for the IDF stated that they have scrubbed 90% of their proposed targets to avoid civilian casualties. 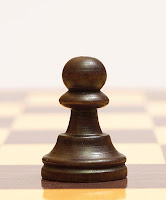 Ultimately the Palestinians are pawns in this struggle between the nation of Israel and the Islamic radicals who deny her legitimacy and seek the utter destruction of Israel and every Jew. Hamas will never defeat Israel by launching a few crude rockets or using suicide bombers. That is ludicrous and is not the intent. The goal of those who fund and supply these terrorists, terror patrons who live outside of Palestinian territories, is to provoke a response from Israel and use the resulting calamity to turn world opinion against Israel and by association against America. I am certain that there are many who are gleeful when Palestinian civilians are killed, especially children, because the graphic nature of that violence better serves their sick cause. I don’t think the terror financiers in the Islamic world care one bit for the Palestinian people as anything more than a means to an end. If hundreds or thousands of Palestinians have to die, whether in suicide actions or at the hands of Israeli soldiers, so be it. They are mere foot soldiers, pawns, expendable assets in the greater struggle against Zionism. The sooner the Palestinian people realize that they are being used by people who don’t care anything about them, the sooner there can be peace in the Middle East.