The Enemy Of My Enemy Is Not Always My Friend

As someone who admires from afar the President of Southern Seminary, Al Mohler, I was a little concerned when I saw a link to a talk he gave at Brigham Young University on the topic of religious liberty: A Clear and Present Danger: Religious Liberty, Marriage, and the Family in the Late Modern Age — An Address at Brigham Young University. Dr. Mohler is a staunch defender of Biblical orthodoxy, an unapologetic advocate for God's design in gender, a fearless champion for the doctrines of grace and many other positions I support and respect his advocacy for. But to go before the audience of Brigham Young University with anything but a call to repent and turn from their false religion? That had me concerned. I was pleasantly surprised to see this paragraph in the opening of the transcript of his talk:

I come as a Christian theologian to speak explicitly and respectfully as a Christian—a Christian who defines Christianity only within the historic creeds and confessions of the Christian church and who comes as one committed to the Gospel of Jesus Christ and to the ancient and eternal Trinitarian faith of the Christian church. I have not come as less, and you know whom you have invited. I come knowing who you are—to an institution that stands as the most powerful intellectual center of the Latter-Day Saints, the most visible academic institution of Mormonism. You know who I am and what I believe. I know who you are and what you believe. It has been my great privilege to know friendship and share conversation with leaders of the LDS church, such as Elder Tom Perry, Elder Quentin Cook, and Elder Todd Christofferson. I am thankful for the collegiality extended by President Cecil Samuelson at this great university. We do not enjoy such friendship and constructive conversation in spite of our theological differences, but in light of them. This does not eliminate the possibility of conversation. To the contrary, this kind of convictional difference at the deepest level makes for the most important kind of conversation. This is why I am so thankful for your gracious invitation.

I think that is well said. He is a Christian and speaks as a Christian who only recognizes Christianity within the historic creeds and confessions. He singles out the Trinitarian faith, something anathema to the mormon beliefs of his audience. Unlike some Christians who have gone out of their way to gloss over the insurmountable gap between the pagan polytheistic religion of mormonism and orthodox confessional Christianity, Dr. Mohler is quite clear that he speaks as a Christian to religious people that are not. I was glad to see this stance because it is critically important that as the civil religion of America dies that the church be crystal clear about who we are and what we believe in. 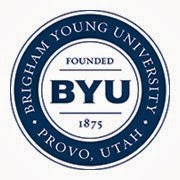 In spite of his gracious and clear statement above, I remain troubled by his very presence at BYU in this context. Religious liberty, Biblically defined marriage and strong families are all very important and are under daily assault. They are however, and let me be clear, not Gospel issues. In other words no matter how important they are, we are called to a very particular calling, the proclamation of the Good News of Jesus Christ, His redeeming work on the cross for propitiation of sins and His Kingdom. That is our calling and everything else is secondary. I don't for a second think that Al Mohler or other men I respect like Russell Moore are elevating religious liberty or traditional marriage to the level of the Gospel but many people may not see the distinction. Those seeking to assault marriage or silence the faithful count as their enemies evangelical Christians and mormons alongside Roman Catholics, Jews, muslims and others. In this case the enemy of my enemy is not my friend.

We are warned in Scripture to not be yoked with unbelievers ( 2 Cor 6:14 ) and that admonition goes beyond simply not marrying unbelievers. When a Christian stands in front of an audience that likely held few if any Christians our message should be obvious: repent and believe. I don't think that means that every single time we talk to an unbeliever we need to say nothing other than "Repent!" but for a Christian of the prominence of Al Mohler in a public venue like this one I am afraid that the cause of mormonism gets more of a boost than the cause of the Gospel. The Church of Jesus Christ of Latter-Day Saints has become a master marketing organization and the contemporary iteration of their marketing strategy is built on shared values and "we are not that different from you" messages.  Events like this bolster their strategy.

As the days of Christendom finally come to an end, the church will find our former "friends" in the secular world will be nowhere to be found. I understand the impulse to seek alliances where we can to advance causes we feel are important. Amidst this seismic change to the religious climate we must be ever more vigilant to not lose sight of the peculiar and unique Gospel, a Gospel that leaves no room for imposter religions. Mormonism and other aberrant false religions are a far greater threat to the faith than the ACLU or activist judges creating a right to "gay marriage". My sincere hope is that Christian leaders would choose to be persecuted for the faith before we link arms with unbelievers.
Posted by Arthur Sido at 7:00 PM

I was troubled by it as well. I'm surprised Dr. Mohler made this decision. His judgment is usually very sound. I wish I could have a conversation with him to hear more about his motives in this.

Later in the address, Mohler said this

"This is what brings me to Brigham Young University today. I am not here because I believe we are going to heaven together. I do not believe that. I believe that salvation comes only to those who believe and trust only in Christ and in his substitutionary atonement for salvation. I believe in justification by faith alone, in Christ alone. I love and respect you as friends, and as friends we would speak only what we believe to be true, especially on matters of eternal significance. We inhabit separate and irreconcilable theological worlds, made clear with respect to the doctrine of the Trinity. And yet here I am, and gladly so. We will speak to one another of what we most sincerely believe to be true, precisely because we love and respect one another.
I do not believe that we are going to heaven together, but I do believe we may go to jail together. I do not mean to exaggerate, but we are living in the shadow of a great moral revolution that we commonly believe will have grave and devastating human consequences. Your faith has held high the importance of marriage and family. Your theology requires such an affirmation, and it is lovingly lived out by millions of Mormon families. That is why I and my evangelical brothers and sisters are so glad to have Mormon neighbors. We stand together for the natural family, for natural marriage, for the integrity of sexuality within marriage alone, and for the hope of human flourishing."

This may be some sort of series at BYU (engagement in October with evangelical Christians) because I know that Ravi Zacharias spoke at BYU about this same time last year.

Would it have mattered to you if he gave the exact same speech at UCLA?
How is this act not a form of evangelism?

UCLA is not BYU. The context at BYU is completely different as essentially 100% of the students and faculty are active enemies of the Gospel (not counting athletes on scholarship). UCLA is a decidedly secular school, still opposes the Gospel but the setting is different.

Dan it is part of a lecture series. Engagement from a mormon perspective always = proselytizing