The Ethics of Fertility

Apparently some people think you can, as if we can tell God that we know better than He. Enter Sarah Richards in an essay in the weekend Wall Street Journal, Why I Froze My Eggs (And You Should Too). She has a new book coming out titled Motherhood Rescheduled: The New Frontier of Egg Freezing and the Women Who Tried It  and it promises to raise a whole host of questions that should be troubling. Her essay comes out swinging:

Between the ages of 36 and 38, I spent nearly $50,000 to freeze 70 eggs in the hope that they would help me have a family in my mid-40s, when my natural fertility is gone. For this baby insurance, I obliterated my savings and used up the money my parents had set aside for a wedding. It was the best investment I ever made.

Egg freezing stopped the sadness that I was feeling at losing my chance to have the child I had dreamed about my entire life. It soothed my pangs of regret for frittering away my 20s with a man I didn't want to have children with, and for wasting more years in my 30s with a man who wasn't sure he even wanted children. It took away the punishing pressure to seek a new mate and helped me find love again at age 42.

I decided to freeze on the afternoon of my 36th birthday, when I did a fresh round of baby math on the back of a business card at Starbucks. Even if the man I was dating at the time agreed to start a family in the near future, I was cutting it close to have one baby, let alone a second. Several months later, after injecting myself for nearly two weeks with hormone shots, I was in surgery at a Manhattan fertility clinic as my doctor pierced my ovaries, suctioned out nine eggs and handed them to the embryologist to freeze until I was ready to use them. As soon as I woke up in the recovery room, I no longer felt as though I were watching my window to have a baby close by the month. My future seemed full of possibility again.

The ethics around issues of infertility and intentional delaying of childbearing are perilous ground indeed. Enter into this debate the practice of intentionally pre-planning to have children after a woman's normal window of fertility and you take the debate to a completely new level. I am not talking here about a woman facing cancer treatments or women who are naturally infertile. We are talking about yet another step to commoditizing children, making them into something that can be quantified on a financial ledger and manipulated into being as convenient as possible for busy parents.

Let me make sure I am getting what Ms. Richards is proposing because it doesn't seem to add up based on what real life tells us. Women should put off marriage and child 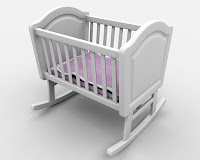 bearing until they are established in their careers and presumably financially secure (without having to rely on a man) which means that they can then spend tens of thousands of dollars in a desperate attempt to thwart nature and have children on their time frames rather than the time frames God has ordained. Freezing eggs, fertility treatments, etc. are hugely expensive as well as unnatural but they are becoming the norm for many women who have been convinced that they need to chase a vague notion of financial security and relational stability before starting a family. This strikes me as a symptom if a deeper problem in our culture.

It is not just a matter of a "biological clock". There are very real consequences to delaying child bearing that go beyond merely not being able to get pregnant.

Delayed childbearing is rarely coupled with delayed sexual activity, leading to a perfect situation for perpetual male adolescence (a very lengthy post on that topic has been in the works for some time). Women have bought into the theory of delaying marriage and child bearing, two events that have historically aided the maturation process of young men but are largely unable/unwilling to avoid companionship which invariably leads to sexual activity. So young men get the sex they want without the need to “settle down” by getting married and grow up to care for a family. In fact with such a huge number of women in the work force the numbers of men who not only don’t bother to get married also don’t bother to get a job, leaching off their girlfriends or parents indefinitely enjoying a life of perpetual casual sex and X-Box. Viva la feminism!

It is also simply a fact of nature that raising a family is best suited for the young. Not to suggest that older parents are not great parents, in some ways I am a better parent as I get older thanks to a modicum of maturity and experience gained by making mistakes as a young parent. When it comes to the daily routine of parenting children though, from sleepless nights as the parents of a newborn to the endless energy of toddlers and preschoolers, younger parents have decided biological advantages. When I was in college and my wife and I had our first two children those sleepless nights weren't a big deal. After all that is part of the college experience! When we had our last child in the latter part of my 30's? That was a different situation for my wife and I. Everything in how God designed men and women points to a very specific time when getting pregnant is easier and raising children less exhausting and no amount of biological tinkering can change that.

Missing from this conversation is a deeper discussion of how our views of family and specifically children has changed. In a world where more and more we view children as a hassle and burden to be managed, controlled and avoided for as long as possible it is no wonder that we see conversations about egg freezing given serious consideration. What I find especially of concern is what seems to me to be a delayed but very real acceptance of these same norms and attitudes in the church. Sure we might talk a big show about family in the high level conversations but when you look at the way church going parents raise their children it often seems like the expectations are very similar. Career and financial stability take priority over family, children need to be kept to a "reasonable" number, both parents working, etc. The result in the church are families, like mine in many ways, that look almost exactly like the world. Before we publish yet another book/blog/article on why "kids leave the church", we need to examine why they would want to stay.

You can save money in a 529 plan, have just the perfect nursery and thought out birth plan, pre-registered your as yet unconceived child in the best preschool in town but you cannot turn back the clock or change the fundamentals of human biology. I understand that some women just don't want kids. That is their choice just as some people choose celibacy. What I find troubling is that so many women, and especially so many of my sisters in the church, have been deceived into denying what is a deep seated longing that God has placed in their hearts for the sake of capitulating to a sub-culture that hates children, delaying parenthood until it is too late and hugely expensive and ethically sketchy steps need to be taken to fulfill a yearning for children that was suppressed for most of a woman's natural child bearing age.

The fruits of radical feminism include empty wombs and empty hearts. No amount of financial security can offset that. The same movement that promotes artificial birth control as a great advancement now finds itself scrambling to find a way to undo the results of generations of women who bought into the lie that they can "have it all" and now are facing a childless future. In this quest to change the rules is anyone asking the question posed in Jurassic Park, in our quest to find out if we can has anyone stopped to ask if we should? I am sure there are plenty of women who are quite content to be childless and others who struggle with infertility who cannot have children naturally but there are also countless other women who waste their twenties and early thirties in cubicles and relationships that are going nowhere because they have been fed these lies for generations. The church has a responsibility to provide a counter-culture, a culture that cherishes children and gladly, even joyfully, accepts and embraces the glory of bearing each others burdens, including caring for children when they are young and in turn caring for our parents as they grow old.
Posted by Arthur Sido at 10:42 AM

Little video to help the sentiment along:
http://youtu.be/cKCRHhmHvjg

A video on the theme:
http://youtu.be/cKCRHhmHvjg