Voting Is Our Duty As Christians! Or Is It?

Robert Martin writing at his blog, Abnormal Anabaptist, tells us Why I am not voting for a president this year. That a Christian in America would not vote is borderline blasphemy but I think he makes some great points. I especially found his fourth point to be powerful: My energy is better spent elsewhere. An enormous amount of the resources, time and money of Christians are spent on political issues when we really should be spending that time, money and effort on, well you know, the things Jesus said we should be doing. As a political junkie I found Robert's post thought-provoking and more than a little troubling.

When you think about it, what exactly are we choosing?

On one hand we have a pagan blasphemer who promises to spend even more money building even more warships and investing in a primarily aggressive military, someone who embodies the pursuit of wealth and embraces individualism. None of those are kingdom values and are in fact the very opposite, no matter how popular they are among evangelicals.

On the other hand we have a man who seems enamored with infanticide and collectivism, advocating for the seizing by force of one man's possessions to give to another. Oh yeah, and in spite of his "Nobel Peace Prize" he doesn't seem to blink when it comes to using drones to assassinate people, even if those people are American citizens.

Neither candidate is exhibiting much in the way of Kingdom values and while I have no real reason other than vague platitudes to think that the current President is a Christian, the person looking for replace him is definitely not. Both embrace a number of positions that are antithetical to the Gospel and the Kingdom. One opposes abortion (at least he does currently) but supports preemptive wars of aggression, one claims to care about "social justice" but thinks that doesn't count for unborn children. 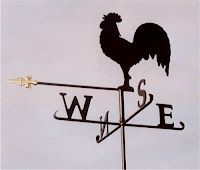 So why must we vote? Because it is our "civic duty"? That sounds nice but has no Scriptural support. I can't think of a single valid reason to vote for Obama. The only real Kingdom value that Romney is supposed to represent is being "pro-life". That may be true, given that he is a human weather vane that blows whichever way the political winds send him, but Romney is unlikely to do anything substantive to end abortion. At best he will appoint a Supreme Court Justice that will overturn Roe v. Wade and allow states to make their own abortion laws. That would be laudable for a couple of reasons, both because Roe v Wade was such a terrible, unconstitutional ruling and of course because it would allow states to outlaw or severely restrict abortion. It would not end abortion in America and there simply is no political will in this country to do so. If we outlaw abortion in my home state of Indiana women will drive to Illinois where it certainly will remain unrestricted. Abortion clinics will pop up along the borders of restrictive states. That doesn't mean I don't want Roe v Wade overturned, I certainly do, but I am trying to remain realistic. Abortion is ultimately not a legislative issue, it is a sin issue and like "gay marriage" and other hot button sin issues the solution is not the laws of man, it is the cross of Christ. Perhaps we have placed to much of our faith in the political process to solve a problem that is so much deeper than one Supreme Court decision?

The question of voting brings me back to a post from last month, Render But How Much, a look at whether submitting to the ruling authorities and rendering unto Caesar extends to being an active participant in the government. Invariably when the church gets too cozy with the state, it makes the church less representative of Christ and more representative with the state and never the other way around. I will almost certainly be voting this year but it might well be the last election I do so. At least for President I will probably vote for a third party because I frankly cannot vote for Romney with a clear conscience and I wouldn't even consider voting for Obama. Our political choices do have consequences but compared to the monumental task that we are called to as Christians we really need to focus a lot less on the machinations of politicians and a lot more on the lost, the poor, the widow and the orphan right around us.
Posted by Arthur Sido at 12:00 PM

Email ThisBlogThis!Share to TwitterShare to FacebookShare to Pinterest
Labels: church and state, politics, the state

Guess I'm a blasphemer then, Arthur. :-)

Seriously, though, as you pointed out, with the two "legitimate" choices presented, there are problems that would a crisis of conscience for me...so, just because I can vote doesn't mean I should.

Thanks for continuing the conversation!

Robert, unless Mennonite theology has added a provision about men becoming gods I don't think you rise to Romney's level of blasphemy!