The Atlantic ran a piece recently on the struggles of churches in low-income areas making ends meet, Low-Income Communities Are Struggling to Support Churches. The article focuses on Yoan Mora, who is the senior pastor of Primera Iglesia Cristiana in San Antonio but what is really telling about the article is that it reinforces the most common misconception of the church, specifically that to have a "real" church you need a paid clerical staff and you have to own a building. Even the picture leading the article feeds into the stereotype... 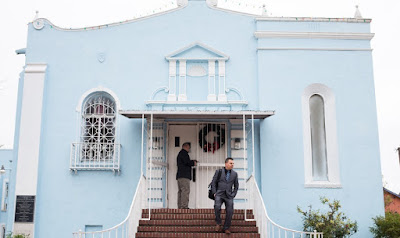 The pastor, who in this case is bi-vocational, wearing a suit is leaving their building while another guy locks up the building including a metal gate over the door.

This being the Atlantic, there is the obligatory class-warfare slant to the article:


Churches are not just faith institutions; they are economic institutions, too. And church life in general seems to be falling along economic lines: Churches of all sizes proliferate the suburbs and the tonier parts of America’s urban cores, while in lower income, economically stagnant neighborhoods, churches tend to be very small, very old, and in general, not as active in their community.

I am little surprised there was not an overt call for income redistribution, although the topic was brought up in a roundabout way (Primera Iglesia Cristiana was apparently a church plant originally and has in the past received financial support from a more affluent White majority church). I also found it interesting, but not at all surprising, that the author chose a Spanish speaking urban church but didn't bother to mention or look into the very real struggle of local churches in rural areas that have the same economic problems but also struggle with an aging membership and a shrinking pool of potential congregants as more and more rural Christians commute long distances to get to suburban churches that offer church services with more polish and pizazz and better youth programs. I am pretty sure that the fact that members of rural churches tend to be White and probably deplorable, gun-and-religion clinging Trump voters and that members of churches like Primera Iglesia Cristiana tend to be the opposite was a primary motivating factor in the Atlantic's choice of pastors to interview and churches to focus on.

The Atlantic sees the church in the same ways a lot of Christians do, although in slightly different terms. With barely a passing mention of the church as "not just faith institutions", most of the article focuses on things like keeping kids out of trouble, helping with the rent and job training. In other words, more of an economic and social institution like any other with a little religion thrown in. On the flip side, your average evangelical sees the church as an economic institution as well, a place where you can come as a Christian, invest an hour or two a week, donate some money and pay other people to do what you frankly can't be bothered with in your own busy life.

Patton Dodd who wrote the Atlantic piece sees the church primarily as a social welfare organization, somewhere for poor people to get food or help accessing social welfare services (that is a legitimate role for the church, just not the primary role). Most Christians see the church as a proxy to carry out on their behalf their calling as Christians in preaching and teaching and serving the church. In either scenario, there needs to be a critical mass of people (i.e. givers) who can pay for the building, pay for the programs, support the missionaries and of course pay the pastors. Inevitably that turns congregations into economic units. The article shows how this works:


Yet Mora knows that church growth will not necessarily change his own economic situation. The median income in 78207, the zip code where Primera Iglesia Cristiana is located, is less than $25,000. If the church is a raging success someday, with, say, 150 members, and 100 of those members are adults earning the median income, and all of those members tithe a full 10 percent of their pre-tax earning (most churchgoers give far less), it would have a budget of $250,000. That budget would need to cover potential employees, insurance for the building, plus upkeep for the aging structure, and a slew of events, including food and clothing drives, among other things.

If Mora is able to manage all of that, he’ll also need to pay himself. This year, the church increased his salary to $1,000 per month, from $600. Mora is grateful, but he gives a Come on, man look as he cites the figure. “What are you going to do with $1,000 monthly? With a daughter, 17 years old? Another one 12 years old? Three ladies at home!” he says, laughing.

He’ll be keeping that accounting job.

X number of church members making Y amount of money that donate Z amount of "tithing". That sort of ecclesiastical math goes on in a lot of local churches. I don't blame Mora because that is what we have all been taught. To really serve the Lord you need to be "fully supported" by your church. It is inevitable that you see a new family as a potential donor. It is difficult but whether you are talking about a small urban church or a small rural church where funds are tight in either place and that situation is not going to change, the strategy should not be to chase that ever elusive critical mass where your pastors can go "full-time", it should be to cultivate "lay leaders" who are self-supporting apart from the church. While none of them alone can lead the church, together they can share the burdens of leadership and lead the church without having to depend on the donation plate. I have written ad nauseam about the plurality of functioning elders, so I won't reiterate it here but if you are interested you can read my posts with the elder tag. The bottom line is that the dream of Yoan Mora to be fully supported is likely to never happen so he should be laser focused on training up elders to help him. Maybe he is, the article doesn't really say, but if he isn't he had better start.

That is not to say that you cannot faithfully function when you have a sufficient budget to have a paid staff and own a building, most local congregations do and those traditional churches are where most disciples are made, most adults and kids are taught the Way and where Christians find their identity. But when you hold that model up as the only way that the church can function it creates a huge disincentive to church planting and it creates a sense of expectation that will only get harder to meet in the future.

The greatest barrier to church planting is not a lack of funding. The greatest barrier is an institutionalized ecclesiology. Church planting is often a financial transaction. You need X amount of support monthly to pay for a place, to pay your pastor and if you aren't there, that is your main goal. Our faulty ecclesiology trains men for service in a traditional setting with a salary and a building and those are simply not going to be as common in the future. If magnet hub churches would train men that live in more rural or urban areas to plant congregations that don't depend on having paid clergy and a building, we could reach a lot more areas and a lot more people but that would then mean taking the "best" people from a local church and sending them elsewhere, and often the people who serve the most also give the most faithfully. That economic circles goes on and on.

The greatest ecclesiastical priority for the church right now is not "expository preaching" or better programs. It is to change our mindset regarding how the church looks and operates in the future. We need to stop seeing people as giving units and start thinking about how the church can operate without being so dependent on offerings that will only shrink in the future. The power in the church is not found in our bank accounts, it is in the Holy Spirit working through God's New Covenant people. Recovering that vision is the most important task of the church now in order to enable us to continue preaching the Gospel in the future.
Posted by Arthur Sido at 1:55 PM